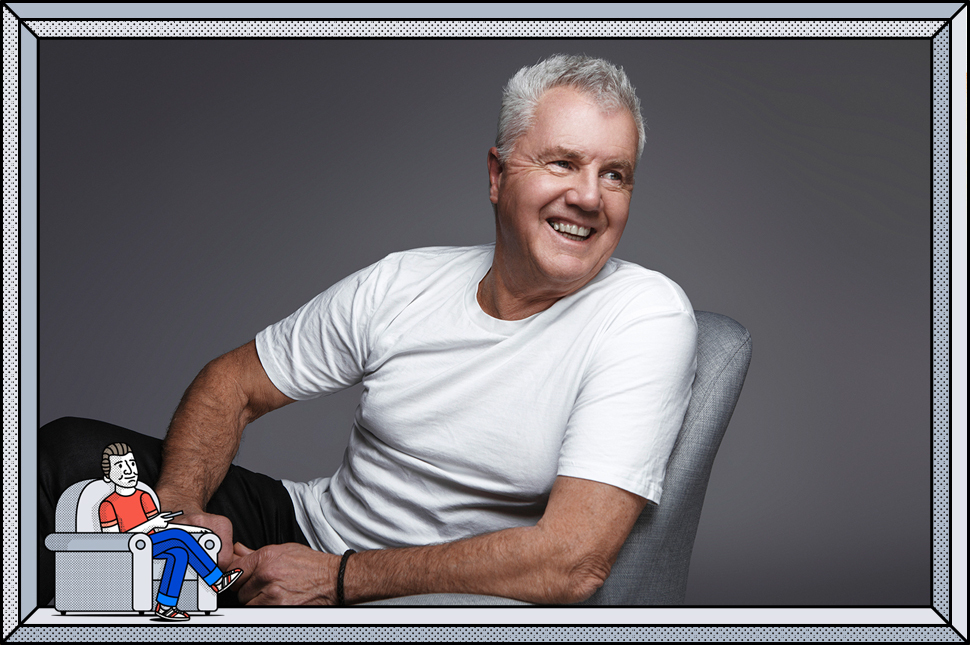 To say that Daryl Braithwaite's iconic anthem The Horses is one for the ages is, quite frankly, an extreme understatement.

Whether you're old enough to know the song's original iteration by Rickie Lee Jones, or you've crooned along at your best mate's (socially distanced) wedding in the past twelve months, you'd be hard-pressed to find an Aussie who isn't familiar and/or able to rattle off the chorus with minimal prompting.

A juggernaut of generational-defying appeal, Braithwaite's version of The Horses recently lapped three decades of existence, with the prolific cover springing to life back in 1990 (on the Rise album), before reaching #1 on the Australian Singles Chart of 1991. And while the climb to infamy in its inaugural year was undoubtedly a triumph, few could've predicted that the decade and generational-spanning success of this somewhat obscure cover was actually only just beginning of its meteoric success.

In 2016, on the track's 25th anniversary of peaking at #1, Braithwaite reminisced and expressed genuine surprise about The Horses and its enduring legacy. But for a song that emerged by sheer accident, it would also prove to carve out an even stronger legacy as the years went by, as discussed extensively by Braithwaite in the recent two-part oral history of the track on Rewind With Steve Bell.

As Rewind host Steve Bell illustrated at the beginning of the two-part oral history of Braithwaite's iconic track, The Horses would go on to become part of the fabric of Australian society and our national psyche; a fact that would go on to continually perplex and delight Braithwaite in the most unlikely of settings.

It was an afternoon in Byron Bay on the 31st of December 2017, aka New Year's Eve, when Rewind host Steve Bell was manning a pop up record store at the annual summer mecca event known as Falls Festival. As Bell was working in the shop tent, approximately 100 metres from the main stage, the workers were blasting their own music to bolster establish some sturdy "record store vibes"; when suddenly a ruckus emerged near the main stage, completely overwhelming the tent's stereo with a level of noise that Bell had never experienced before. Curiosity got the better of Bell, who stepped outside the tent to investigate the fray; and lo and behold, it was the entire packed amphitheatre of the North Byron Parklands belting out the chorus to Daryl Braithwaite's The Horses.

The communal outpouring of joy and emotion was palpable on that sunny afternoon in Byron Bay; but the experience was even more biblical for Braithwaite and his band, who had apprehensively stood side of stage after surveying the excess of youth, both on and off the stage, at the first Falls Festival stop in Lorne a few days prior to that jubilant New Year's Eve.

"I remember arriving there at Lorne at the Falls Festival with the whole band and crew," Braithwaite reminisced to host Steve Bell. "We were sort of...(laughs) as I said to the boys in the band, I'd said: 'God, I really do feel like an older person here!'. You know, that we're winning in the 'who's the oldest here'.

"I was just completely surprised by the fact [of] how well run it was. Because I'd heard of the Falls Festival and how they had been going for many, many years. And then to be on it was just a thrill!

"But, we were a little bit concerned, because we really thought: 'Well, the acts that are here are all in their 20s'...and here we are!"

Before walking on to play at Lorne, Braithwaite and his band stood side of the stage, watching the band before them dominate their set as the crowd in the festival crowd before them grew and grew.

"I said to the boys: 'We're gonna get massacred here!'" Braithwaite chuckled. "It's either gonna go really bad, like - we're gonna go on, they're not gonna know the songs. They might know The Horses - maybe!"

Little did Braithwaite and his band know though, the ensuing set at Lorne that day would not only prove to be one of the biggest standout moments of the Falls Festival event; it would also prolifically emphasise the ongoing and, at times, unexplainable permanence of Braithwaite's legacy - including his unwitting cultural monster The Horses.

"The surprise was that we went on...and it was amazing even going on, " Braithwaite recalled. "We played the first song, and then we did a Sherbet song called Blueswalkin' which is from 1974. And they even sang that!

"By the time we got to The Horses, it was just...I think we all looked at each other when we hit that opening bar of The Horses and just went: 'My God! How good!'.

"There's no denying how exceptional it feels when you get that sort of reaction. I'll remember it forever."

While The Horses certainly transcended any ironic notions of nostalgia around various Falls Festival settings back in 2017, it certainly wasn't the first time the iconic song has proven its ability to wield and garner mass adulation, emerging as the most unlikely sonic culprit to embed itself into the Australian cultural psyche.

But as for its near-mystical ability to keep reaching younger listeners not even born when the original Braithwaite version hit the airwaves? The man himself has a hunch as to the cause of a more recent spike in the youthful demographics:

"I've tried to explain it over the last five years," Braithwaite mused. "There's been a lot of things...like, tipping points I think for The Horses.

"And going back to the point...I guess going back to Hamish and Andy, which would be maybe even ten years ago, when they rang us out of the blue and wanted to do a little piece on The Horses, to make me...what did they call me? 'Braith-Mate', that's right.

"But, I think it was things like that that exposed The Horses to a different audience, and for it to be accepted, for some reason, no matter what age group. And I guess over the last five years or so it's continued that line of thought."

As history proves, somehow it feels that Braithwaite's prolific anthem would have continued its immortal pan-generational gallop regardless of some pun-tastically named podcast shenanigans with Hamish and Andy. But it certainly brings us one tiny step closer to understanding the enigmatic permanence of The Horses.

That's the way it's gonna be, little darlin'.

Check out both parts of Rewind's special deep dive into The Horses taking you even further into this incredible anthem below on Apple Podcasts and Spotify, or anywhere you usually get your podcasts.

Catch up on all previous episodes of Rewind here, and you can also check out all the other Handshake podcasts below: