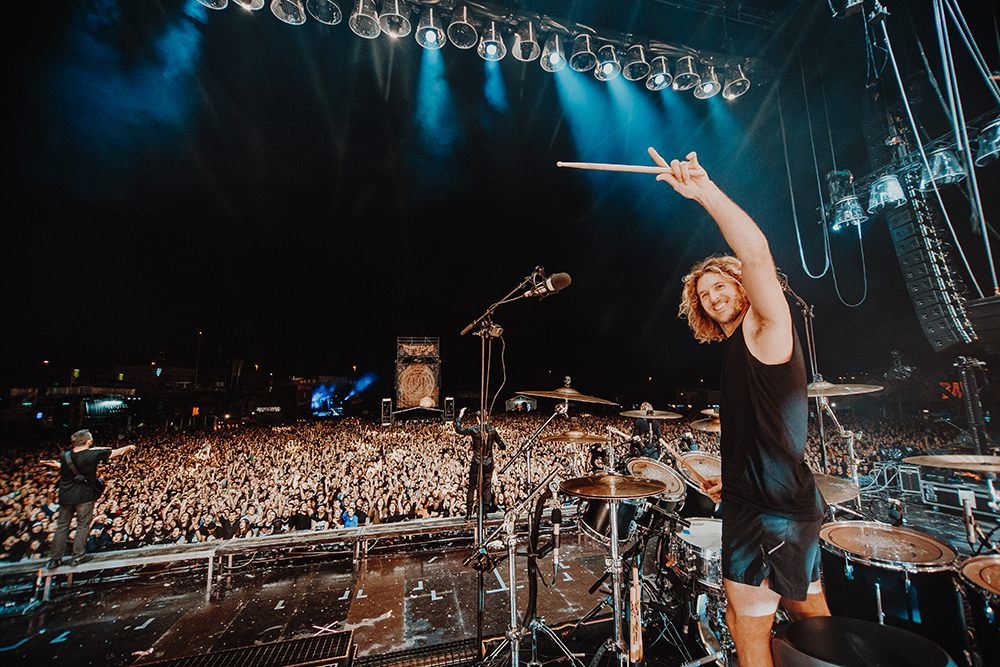 If you haven’t got around to watching Parkway Drive’s acclaimed Viva The Underdogs doco yet then you’re in luck, as it’s heading to Netflix next month.

The streaming service has confirmed that the documentary, which chronicles the Byron Bay act’s “15-year underdog journey as they realise their dream of a #1 album and headlining the largest heavy metal festival in the world”, will land on Netflix on June 16.

At the time of the documentary’s announcement in 2019, Parkway Drive frontman Winston McCall said: "We have always taken pride in doing things our way.

"For over 15 years we have stayed true to ourselves in a world of extremes. We are not the story of shooting star superstardom, we are not the overnight breakout success, we will never be viral and we sure as hell won’t break the internet.

“But we have a vision, and we have lived for it, worked for it, bled for it, grown for it and broken for it. We have sacrificed everything and compromised nothing.

"This is an honest insight into what it takes to survive as the underdogs. Thank you for being part of the story."

He later joined The Green Room podcast backstage at Good Things Festival in Sydney to discuss the film, new music and more.

Earlier this month, Parkway Drive were forced to cancel their Viva The Underdogs Australian Revolution tour due to “venue restrictions, travel restrictions and government limitations on mass gatherings”.

Originally scheduled to embark on their biggest tour of the country to date last June, the Byron Bay metalcore heavyweights then rescheduled to this July, before officially cancelling.

Check out its trailer below.