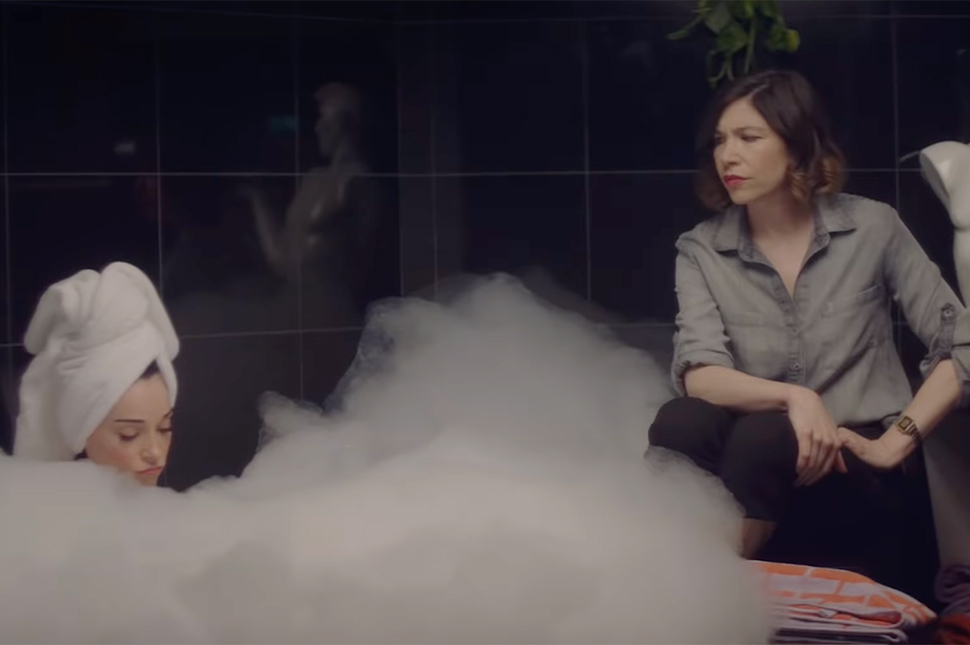 Posting the trailer to her Facebook page, St Vincent (who has just released her new album) wrote, “Me and my bestie made a bananas art film… it was supposed to be a music doc but somewhere along the way, things went terribly wrong.”

Brownstein has also shared the trailer, captioning the piece as “A fever dream of a film and a dream to get to make this with friends.”

The film was directed by American director Bill Benz, who has worked with both Brownstein on her hit show Portlandia, and with Clark for her new video Pay Your Way In Pain.

While there is no word yet on a theatrical release in Aus, there's hope that fans will be able to stream the film online from September 17 with the rest of the globe.

Check out the trailer below.