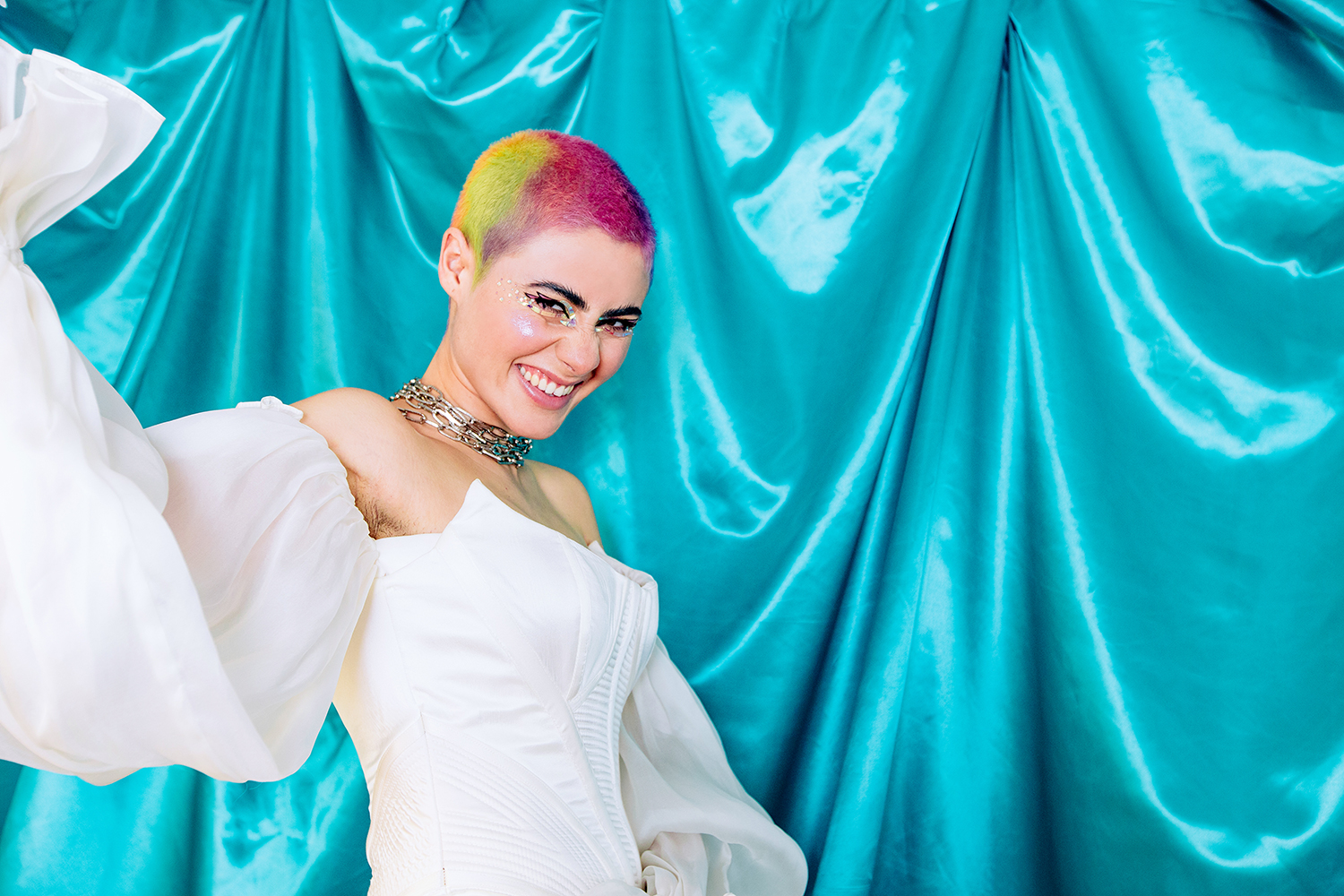 No, really, there are spoilers for the 2021 Eurovision competition below.

If you haven't watched the broadcast yet and are planning to, it's probably best to stop now and not be in your feelings about it later when you see something you didn't want to.

Australia has officially been knocked out of this year's Eurovision competition.

It was announced this morning that Sydney artist Montaigne did not make it into this year's Grand Final after her appearance in the the First Semi-Final today.

Montaigne was the only performer to appear via a pre-recorded video due to COVID restrictions, sharing a performance of her single Technicolour. Check it out below.

"Babes, look. i knew this would happen. we were at a severe disadvantage. but it’s okay! i’m proud of the song and glad i got to share it with you on the eurovision stage. thank you for your support," said Montaigne of the result today via Twitter.

A total of six acts will not be proceeding through to the Grand Final from the first semi-final including Croatia's Albina, Ireland's Lesley Roy, North Macedonia's Vasil, Romania's ROXEN and Slovenia's Ana Soklič.

Representatives from Azerbaijan, Belgium, Cyprus, Israel, Lithuania, Malta, Norway, Russia, Sweden and Ukraine have all successfully made it through to the Grand Final.

The competition continues later this week, with the Second Semi-Final airing on SBS on Friday morning from 5am. The Grand Final will then air at 5am on Sunday 23 May.