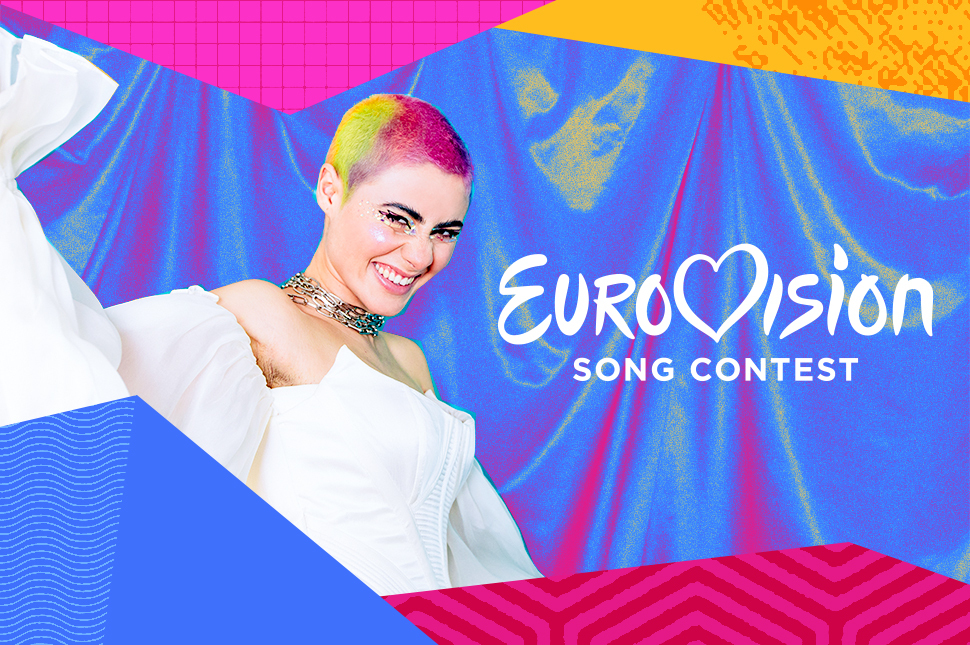 It’s been a long road to Eurovision Song Contest 2021 for Australia and with the event slated to kick off before the sun rises tomorrow morning, we’ve compiled a comprehensive guide to get you ready.

When, where and how can I watch Eurovision 2021?

If you missed our handy guide a couple of weeks ago, the 2021 Eurovision Song Contest event will be broadcast live from Rotterdam via SBS, and if you want to show your support for Australia’s entry, Montaigne, you better have an early night.

Montaigne’s first performance will take place during Semi Final 1, which will kick off tomorrow, May 19, from 5am AEST.

It’s then another early morning to watch her perform in the Grand Final, with that scheduled to commence on Sunday, May 23, at 5am AEST.

Things haven’t really got that much better with COVID and our vaccine rollout hasn't been great – is she actually over in Europe right now?

Well, no. But don’t worry as we’re still competing! Things weren’t looking in the lead up to the May event, but SBS announced last month that, thanks to the “European Broadcasting Union’s ongoing support for Australia’s involvement in the event”, that the singer would be able to compete from Australia.

Montaigne will be the only artist competing remotely.

Will she be performing Don’t Break Me?

Back in March, Montaigne announced she would be performing new song Technicolour during the event, and that same week the song made its live debut during the 2021 Sydney Gay & Lesbian Mardi Gras.

Technicolour has been described as an uplifting and powerful anthem.

You can listen to it here:

And watch a live performance here:

That’s awesome! How can I vote for it during Eurovision?

We couldn’t agree more, but, unfortunately, you won’t be able to vote for Montaigne in either the Semi-Final 1 or Grand Final. The Australian jury and Australian public can vote for any country except Australia. Viewer votes make up 50% of the final result, with the other 50% decided by the national jury.

While SBS will also broadcast Semi Final 2 live from 5am AEST on Friday, May 21, as Australia is not competing, you won’t be able to vote for anyone.

Who is Montaigne up against?

The competition is going to be tough, as always. There are 39 nations competing in 2021, and, as we mentioned, Montaigne is the only artist who isn’t actually there.

Italy is the current favourite to win, with Måneskin performing Zitti E Buoni.

It must be a pretty good track then?

It’s no Jaja Ding Dong, but it’ll do:

We’re getting off-topic here, but in case you’ve been living under a rock, Will Ferrell released Eurovision Song Contest: The Story Of Fire Saga via Netflix last year and the Oscar-nominated flick was everything. Jaja Ding Dong became a fan favourite from the film.

You can read our extensive breakdown of Eurovision Song Contest here and watch its trailer below.

That looks awesome – any other fun facts I should know?

Plenty. We covered off a bunch of fun and interesting things about the long-running competition a couple of years ago, including that time Euron Greyjoy (from Game of Thrones) was the host and when Celine Dion won the 1988 Eurovision title. Read more here.

Okay, back to this year’s competition. What else do I need to know?

SBS’s Eurovision coverage will once again be headed by Myf Warhurst and Joel Creasey who will “explore all the razzamatazz, kitsch, political voting, showbiz, cultural displays and heart” of the contest.

Get an early night, set your alarm and throw your support behind Montaigne via socials nice and early!

For more details on the 2021 SBS coverage and info on primetime evening broadcasts, click here.