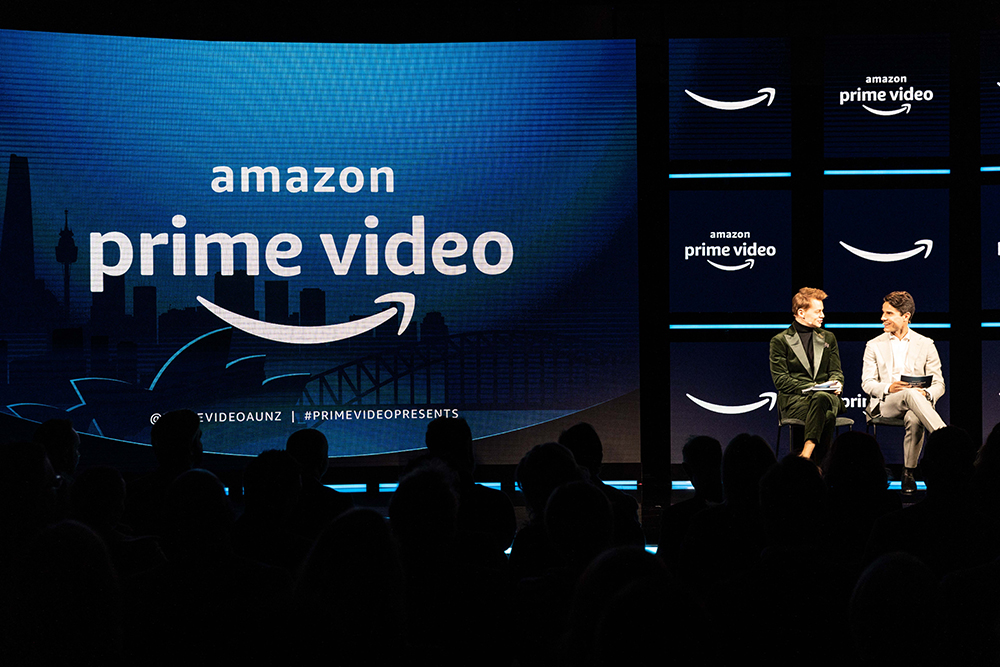 As the local screen content quota debate around streaming services rages on, international juggernaut Amazon Prime Video has made a big commitment to Aussie productions.

There’s no shortage of comedy among the new commissions, with feminist noir comedy Deadloch written by ‘The Kates’, aka Kate McCartney and Kate McLennan (Get Krack!n, The Katering Show, Slushy), satirical six-part sketch comedy The Moth Effect by Nick Boshier (Bondi Hipsters) and Jazz Twemlow (Tonightly) and eight-part series Class Of ‘07 by award-winning Australian writer and director Kacie Anning all being greenlit.

Also on the new local content slate is the Cate Blanchett-produced Burning, the first Amazon Australian Original feature-length documentary, which “takes an unflinching look at the deadly Australian bushfires of 2019-2020”.

Release dates, trailers and first looks for previously announced Australian Amazon Originals Back To The Rafters and The Wilds, among others, were also unveiled during the Sydney event.

“We’re incredibly focused on investing in and developing the world’s best talent to deliver the highest quality content for our Prime Video customers in Australia and around the world,” said Erika North, Head of Originals, Asia Pacific, at Amazon Studios.

“We believe that putting the spotlight on the very best stories from Australian creators will not only excite our Australian viewers, but also our Prime members around the world.

“Today’s announcements are another step in our mission to bring outstanding content to fruition. We are proud to greenlight seven new Australian Amazon Originals with talented Australians, and today underlines our commitment to investing significantly in Australia within the creative community.”

Tyler Bern, Head of Content, Prime Video Australia, added: “We know that viewers in Australia want to see new, fresh, unique and authentic stories that they can connect with, and we’re committed to producing diverse Australian programming for Prime members globally.

“Australians are incredible storytellers and we are delighted to be working with some of the best filmmakers, writers, directors, producers and actors in the world. We have something for everyone from captivating sports documentaries, to hilarious comedy shows and world-class scripted originals.

“Amazon Prime Video is constantly on the lookout for new talent and ideas that showcase the best of Australia and we’re so excited to be announcing these incredibly varied seven new Australian Amazon Originals as evidence of our commitment to a diverse slate.”

Today’s event at Crown Sydney was hosted by Joel Creasey and featured a slew of local creators in-person alongside virtual appearances from the likes of Nicole Kidman, Cate Blanchett and Sigourney Weaver.