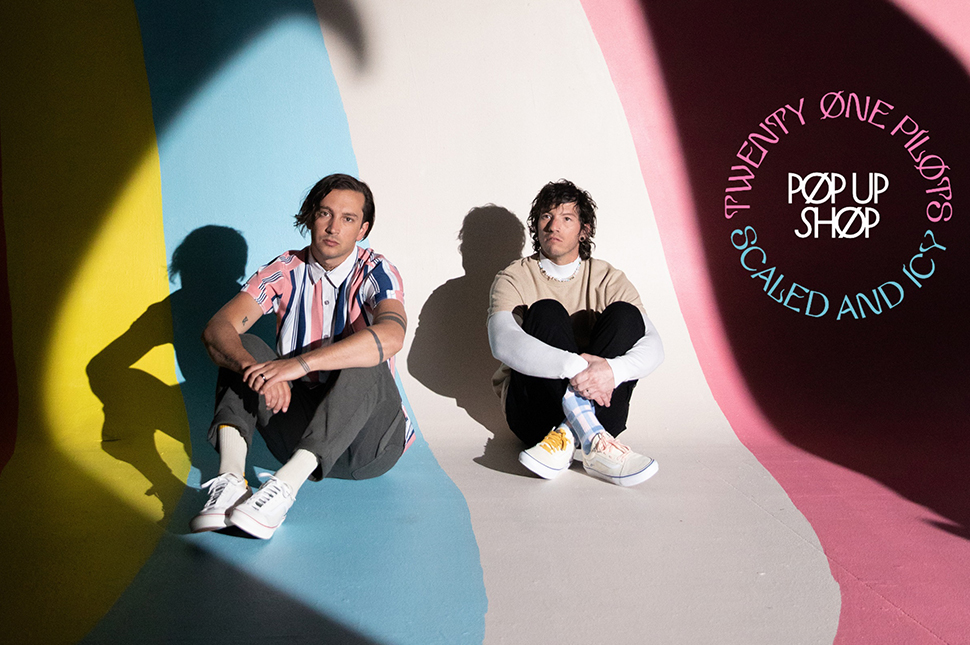 With just over a week until the release of their new album, US favourites Twenty One Pilots have announced their first-ever Australian pop-up shop.

The duo’s new forthcoming new album, Scaled And Icy, will drop on May 21 and to celebrate they’ll launch a pop-up shop the following day at The Camperdown Studio in Sydney.

Open from 12.30pm until 5pm, the pop-up event will feature exclusive merch, never-before-seen Twenty One Pilots art, a DJ and “an immersive interactive experience”.

Fans can gain early access to the shop by entering a pre-save competition, with 50 winners gaining access to watch “an exclusive immersive live-stream of the band inside the world of Scaled And Icy”.

Twenty One Pilots last toured Australia in 2018 in support of ARIA #1 album Trench.

They kicked off their 2018 run in WA, with The Music noting: “This band is a live act who only care about one thing when performing, which is to outshine even the loftiest expectations, and based on the deafening screams from the Perth fans, they’ve nailed it.”