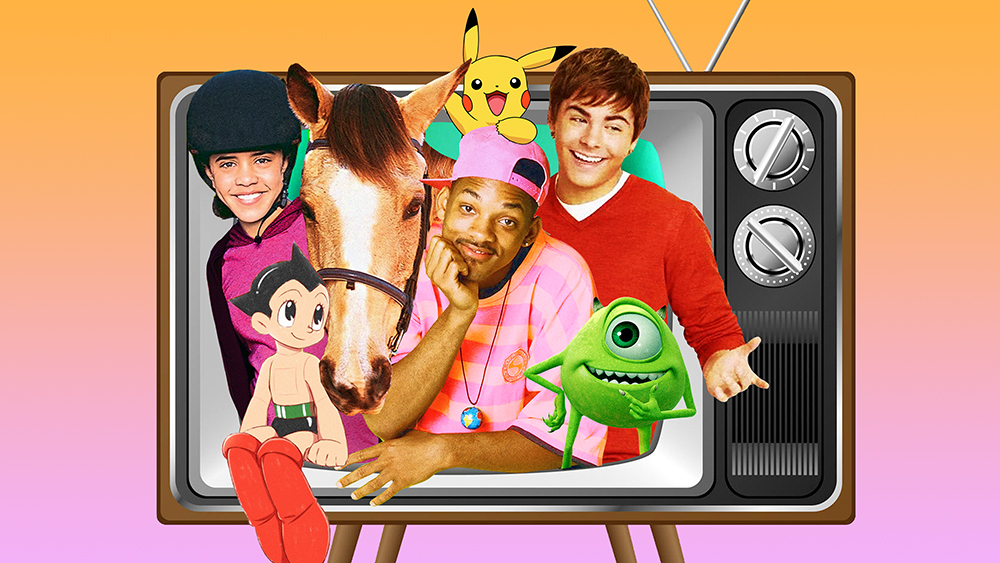 Triple J’s Requestival is reminding Australians just how great the ‘90s and early '00s were for TV themes.

Kicking off this past Monday and running until Friday, the youth broadcaster’s second Requestival has resulted in an interesting playlist curated by listeners across the country.

What’s really hitting hard during the 2021 event is nostalgia, with theme songs for childhood shows like the Saddle Club, Pokémon, Round The Twist, Magic School Bus and more making an appearance.

Here are some request line highlights that triple j has shared:

"Me and the boys were at the pub thinking about The Saddle Club, got kicked out for crying too much."

“Picture this, it's the late '90s and you're getting ready for school between commercial breaks on Cheez TV, you've just put on a sock and you hear this track blaring from the TV. You sprint down the hallway and dive over the couch.”

The Fresh Prince Of Bel-Air

“Childhood days, every day we would rush home from school and put the TV on for this and sing it out loud! Still a banger!”

“Because Captain Planet, he's a hero, gonna take pollution down to zero! The cartoon was ahead of its time”

Apparently triple j’s app “has also been jammed with requests for Disney and Pixar cuts, and countless songs from Adam Sandler movies.”

Do you have any more gum?

This Friday the station will be delivering a special request-themed Like A Version, Live At The Wireless and Friday Mix.

Last year's Requestival saw a total of 105,430 requests made through the triple j app across the week, with 26,831 new downloads of the app. The station has also shared that they received a whopping 38,000 texts across the week, two and a half times the amount they normally would.

Theme songs also proved popular in 2020 with Game Of Thrones and Grand Designs among the playlist, while Channel 9’s Wide World Of Sports was the second most requested track of the week with 380 requests.

It’s not too late to make a request via the triple j app which you can check out here.

Find out more about Requestival here.