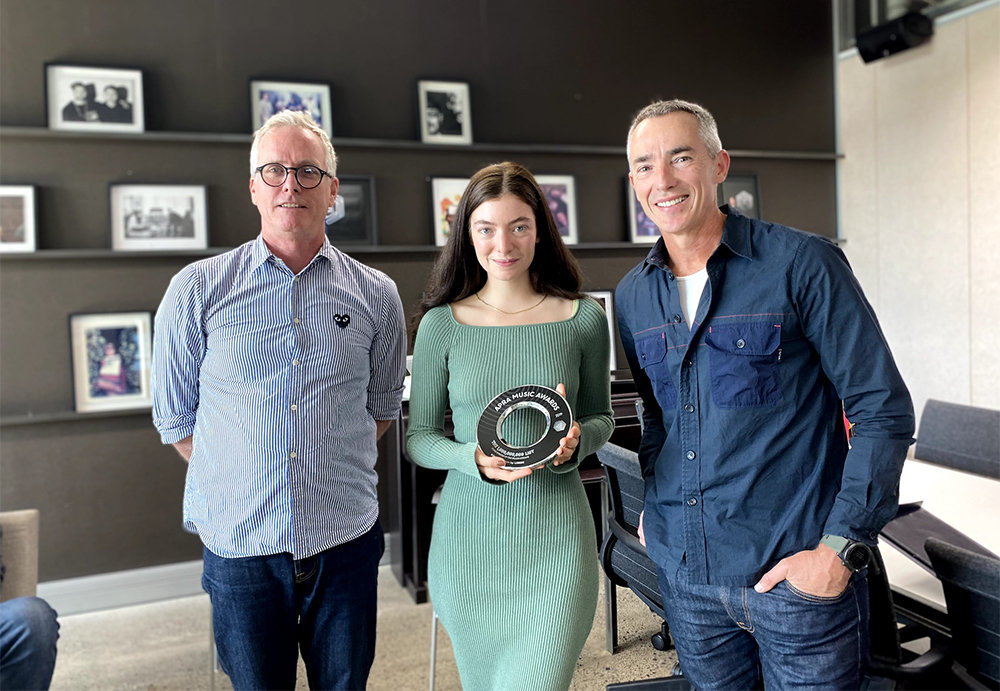 Lorde, aka Ella Yellich-O’Connor, is one of three New Zealand songwriters this week to join APRA AMCOS' The 1,000,000,000 List.

The artist’s megahit Royals has officially hit one billion streams worldwide, with Lorde now joining an exclusive club that already boasts acts like Troye Sivan (Youth), Flume (Never Be Like You), Dean Lewis(Be Alright), Starley (Call On Me), Tones & I (Dance Monkey) and more.

Royals co-writer Joel Little not only makes another appearance on the list this week due to his contributions to the Lorde track, but features for Taylor Swift's Me!, which has also hit one billion streams worldwide.

Little was previously awarded the honour twice in 2020, for Khalid’s Young, Dumb & Broke and Imagine Dragon’s Whatever It Takes.

“Our Kiwi members are sharing their stories with music fans globally, as well as collaborating with the world’s biggest artists.

“The music of Ella, Joel, James and Leroy is truly global, and opens doors for the growing export potential of Kiwi music creators.

"It's very special to be able to honour our songwriter members with the Billions Award, and in the past year, that has been a challenge to make happen, so it meant a lot for our APRA AMCOS Auckland team to be able to present Ella and Joel with awards in person in our Auckland office.”