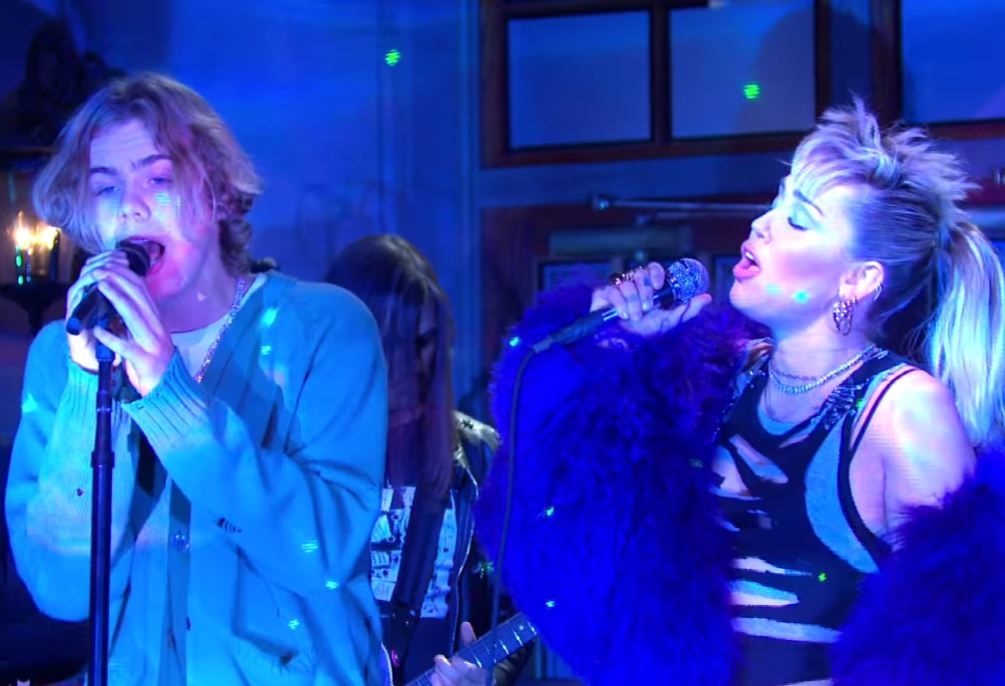 Aussie artist The Kid LAROI has delivered another incredible performance on US TV, this time with pop heavyweight Miley Cyrus.

The Sydney songwriter took to the stage with Cyrus - who was the musical guest on this weekend's Saturday Night Live - to perform the remix of his hit song, Without You; check it out below.

The performance happened just days after LAROI's Without You returned to #1 on the ARIA Singles chart on the back of the Cyrus remix.

While the original version of Without You originally peaked at #2 following its release last year, LAROI made ARIA chart history in February when his Fuck Love (Savage) mixtape reached top spot, making him the youngest Australian solo artist to score a local #1 album (17 years, five months and 22 days).

LAROI also featured on Canadian superstar Justin Bieber's latest album, Justice, which debuted at #1 in March and is currently still on top.

The global success of Without You has seen LAROI perform on The Tonight Show Starring Jimmy Fallon and The Ellen DeGeneres Show, while music icon Elton John said the young songwriter is going to be "one of the biggest artists in the whole wide world".

Earlier this month, LAROI won the Breakthrough Songwriter Award at the 2021 APRA Awards.