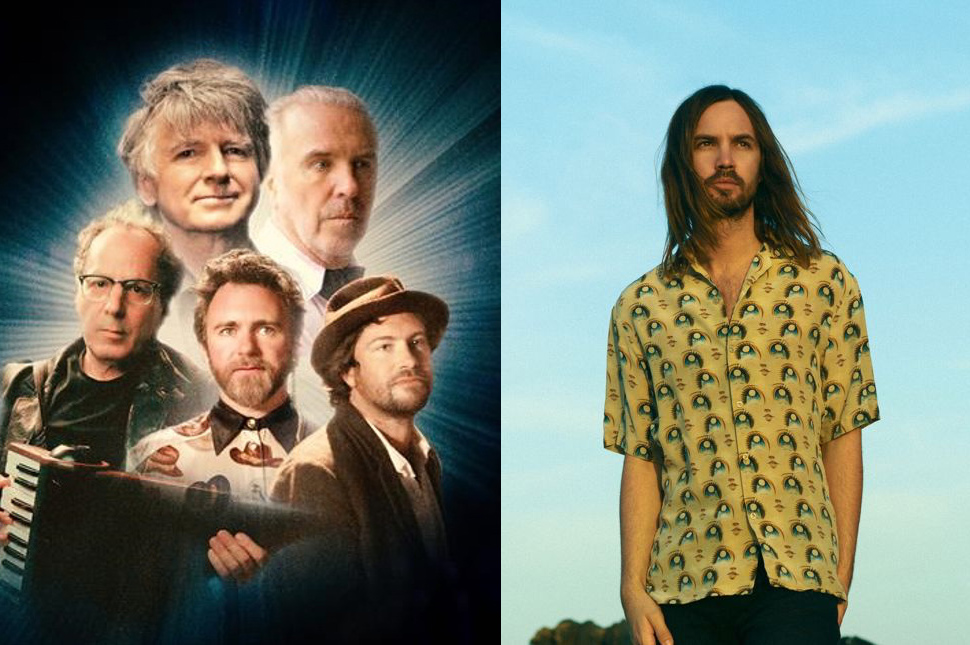 There are collaborations you didn’t know you needed and then there’s the bizarre joy of Crowded House teaming up with Tame Impala for a remix that Neil Finn has described as “an exotic fantasy”.

As the story goes, Finn reached out to Tame Impala, aka Kevin Parker, with hopes the Perth psych-rock juggernaut would put a unique spin on the band’s current single To The Island; a proposition that was accepted and resulted in what you hear below:

“With all the world upended and nothing in its right place we became curious to hear how our favourite contemporary musicians and record makers might reimagine a Crowded House song,” Finn said.

“I emailed our version of To The Island to Kevin Parker (Tame Impala) with an invitation to take it apart and reassemble in his own unique way. Happily, he really liked the song and it was an absolute delight to hear what he made from it, an exotic fantasy I would call it.”

Tame Impala’s remix of To The Island is set to be released on 7” vinyl alongside a previously unreleased remix of the track from Unknown Mortal Orchestra.

You can check out the original version of the song, which will feature on Crowded House’s forthcoming album Dreamers Are Waiting out June 4, below.