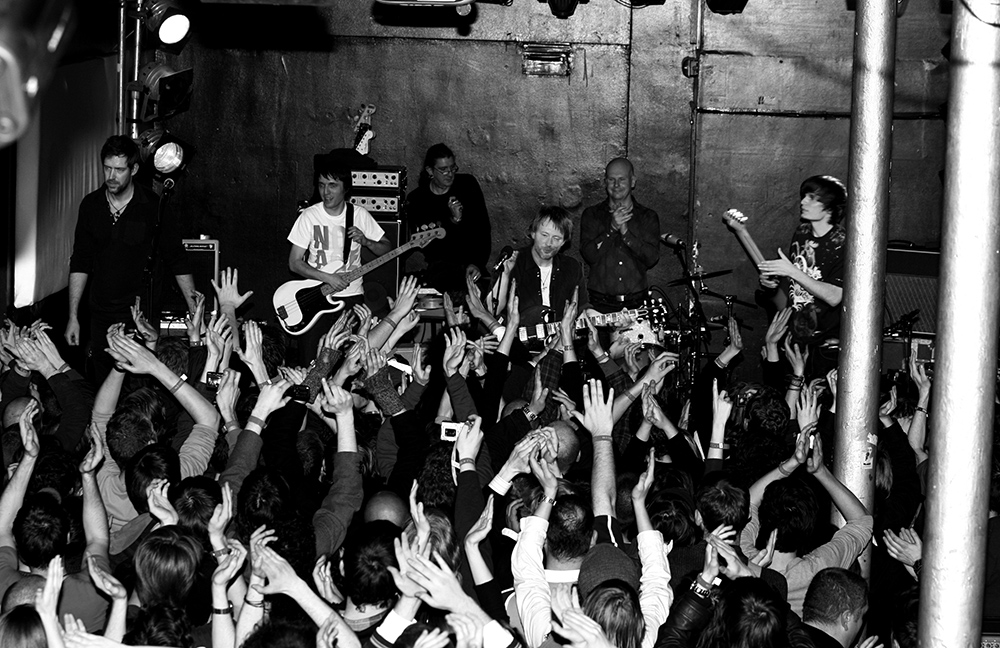 Radiohead are taking a trip down memory lane and revisiting some classic, “largely unseen” live shows via a new online series.

The band are set to release a new (old) live show from the Radiohead Public Library vaults via their YouTube channel every Saturday for seven weeks, kicking off this coming weekend at 5am AEST.

The first ‘episode’ comes from 2008, the band’s “in-store-performance-turned-impromptu-club-show” at London’s 93ft East.

The gig was intended to take place at record store Rough Trade East to celebrate the release of In Rainbows, but due to overwhelming demand, the launch was relocated to 93ft East and the result was “an electric and intimate Radiohead performance like no other”.

Radiohead have also announced a new initiative to support #WeMakeEvents, releasing a “crew t-shirt” (similar to that distributed to their crew on tours) with proceeds benefitting a range of stage and crew organisations.

Head over to the band’s YouTube channel for more details.