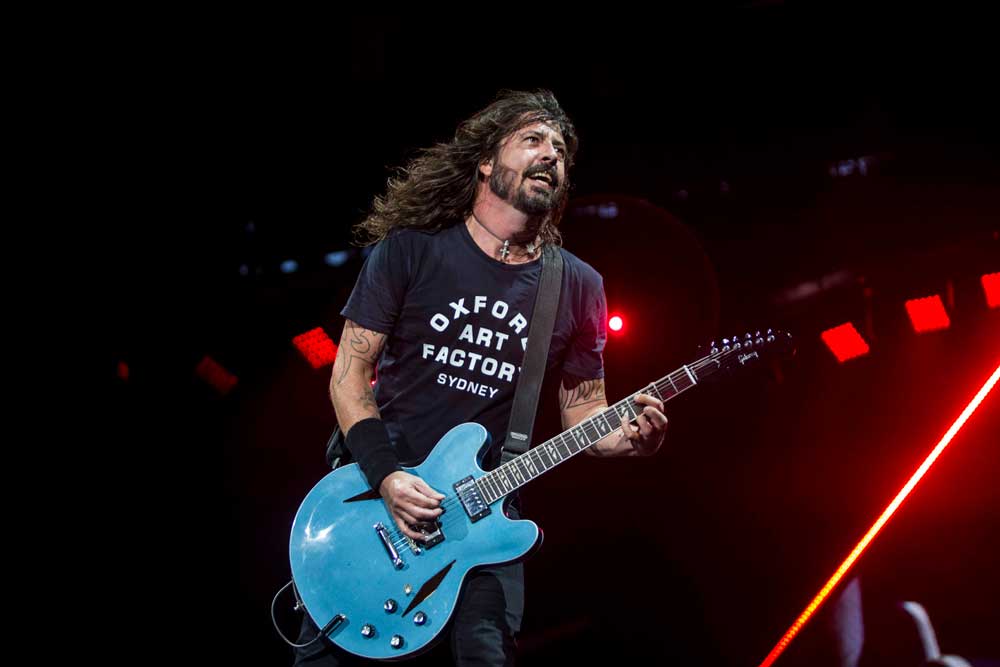 Foo Fighters frontman Dave Grohl has announced he will release a new autobiographical book this year.

Set for release globally on 5 October, The Storyteller will share moments from the rock legend's life on and off stage - "From hilarious childhood mishaps, touching family moments, leaving home to see the world at eighteen, to spectacular stories about Nirvana, Foo Fighters, David Bowie, Joan Jett, Iggy Pop, Paul McCartney, playing drums for Tom Petty on Saturday Night Live, performing at the White House, and even swing dancing with AC/DC, with all love, laughs, loss and embarrassments along the way, The Storyteller is a fascinating look at a life lived loud".

"There is a common thread that runs throughout everything that I do: storytelling," Grohl said of the book.

"Whether in song, documentary film or on the page, I have always felt compelled to share moments from my life. This inclination is a huge part of what excites me creatively but also as a human being.

"In March 2020, realising that my day job with the Foo Fighters was going to go on hold, I started an Instagram account (@davestruestories) and decided to focus all of my creative energy on writing some of my stories down, something I love doing but I’ve never really had the time for. I soon found that the reward I felt every time I posted a story was the same as the feeling I get when playing a song to an audience, so I kept on writing.

"The response from readers was as soul-filling as any applause in an arena. So, I took stock of all the experiences I’ve had in my life – incredible, difficult, funny and emotional – and decided it was time to finally put them into words.

"Now with the amazing people at Simon & Schuster I’m excited and honoured to announce The Storyteller, a collection of memories of a life lived loud. From my early days growing up in the suburbs of Washington, DC, to hitting the road at the age of 18, and all the music that followed, I can now share these adventures with the world, as seen and heard from behind the microphone. Turn it up!"

The news follows the February release of Foo Fighters' tenth album, Medicine At Midnight, which debuted at #1 in Australia.

Meanwhile, Grohl will also feature on brand new show with his mother Virginia Hanlon Grohl based on her 2017-released book, From Cradle To Stage: Stories From The Mothers Who Rocked And Raised Rock Stars.

Grohl will direct the six-part series, which will focus on relationships between famous musicians and their mothers, and is set to premiere on new streaming service Paramount+.