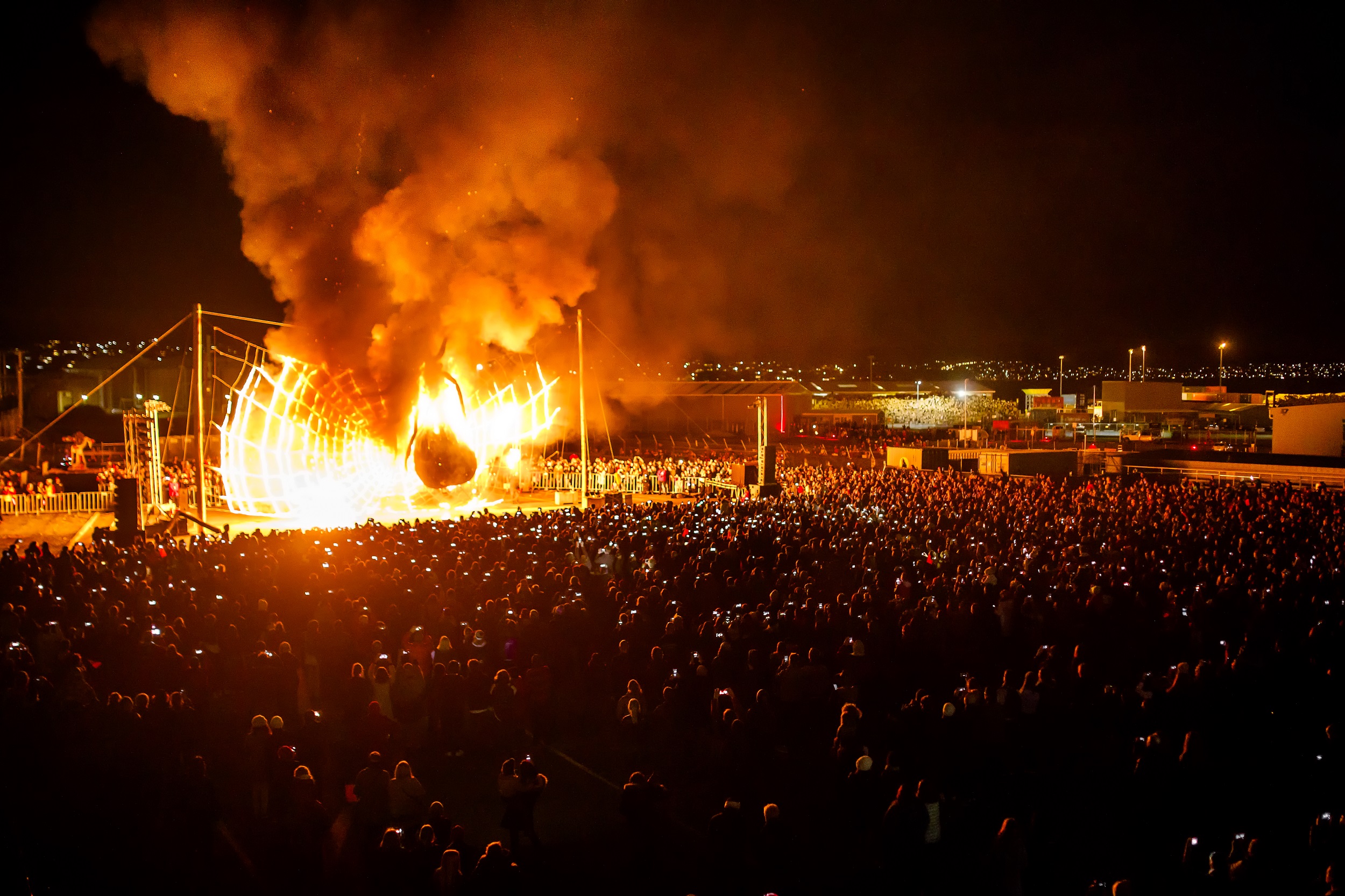 Australian midwinter solstice festival Dark Mofo will look to go ahead this year after being forced to call of the 2020 events due to the COVID outbreak.

The Hobart festival is scheduled to go ahead on 16–22 June, with the full program to be announced in early April.

“Dark’s back, which, in the immortal words of Mark Spitz, who was also making a comeback, ‘Could be good, could be great, could be terrible,'" Mona owner David Walsh said.

"Mark didn’t mention that there is another possibility: it could be cancelled. But it wouldn’t be worth doing if there was no risk. There’s lots of risk, so it must really be worth doing.”

The future of Dark Mofo is yet to be guaranteed as 2021 marks the final year of the festival’s five year agreement with the State Government.

“The Hobart City Council have withdrawn financial support and this will impact the scope and scale of the Winter Feast, which will be reduced to five nights," Dark Mofo Creative Director Leigh Carmichael said.

“While our future is a little uncertain, we are optimistic that there is enough gunpowder in the barrel to propel us into 2022.”

He added, “Like everyone else, we’ve been soul searching for almost a year, trying to understand our place in a changed world.

"Last year we lost our sense of purpose overnight, and it appears that experience is having a resounding impact on this year's festival program. Our patrons will be pleased to know they can expect a typically grim and gloomy affair in June.”

“This year the festival will run for one week only from 16–22 June, making it smaller and more intense.

“We’re dropping all sponsorship activations, as we felt they were having a detrimental effect on the festival. While we’ve appreciated the support from many high profile brands, we want to be able to pursue our own cultural agenda free from restraint and with a renewed commitment to the art.”