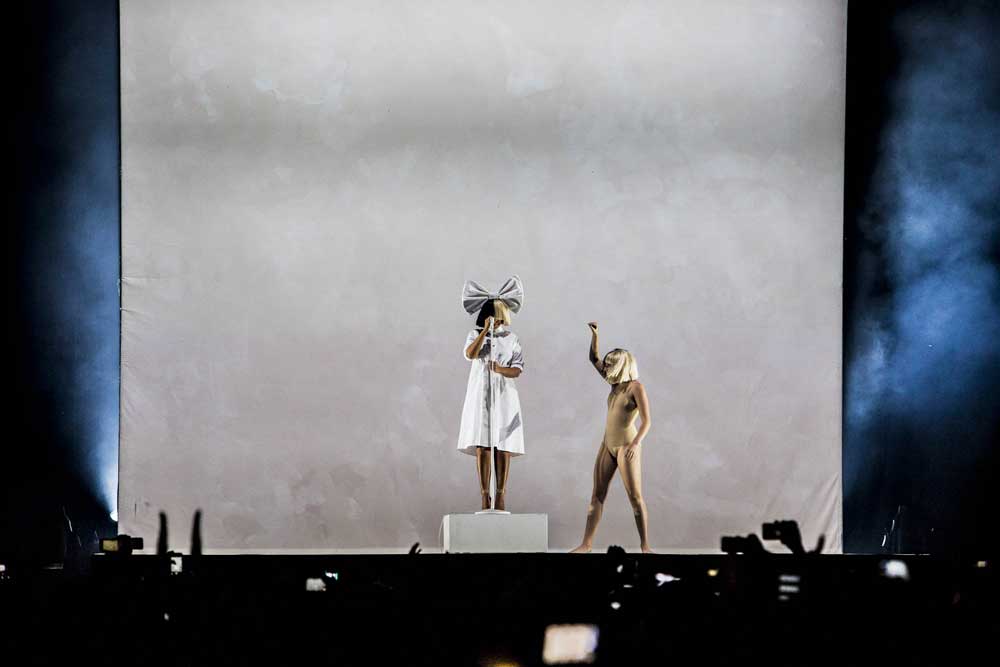 A petition has been launched calling for Sia's film, Music, to have its Golden Globe nominations rescinded.

The film, which was written by the Australian artist and US children's author Dallas Clayton, has been called "severely ableist" for its portrayal of autistic people.

"Sia's debut movie Music is severely ableist and contributes to harmful stereotypes of autistic people. The Golden Globes must rescind its two nominations for “Best Musical/Comedy Picture” and “Best Musical/Comedy Actress: Kate Hudson”, and the entertainment industry must promise to actively work towards inclusion and better disability representation," reads the petition statement.

"Sia has claimed the movie is a 'love letter to the autism community', however, the music segments are filled with strobing lights, colors, loud sounds, and quick camera movements, which is very overstimulating. About 1 in 4 autistic people have epilepsy, so the movie can cause seizures and is also very uncomfortable for those without it. Despite making the movie 'for' autistic people, Sia has made it in such a way that a majority of us will be unable to watch it.

"Secondly, actual autistic people were ignored in the casting process when Sia cast neurotypical Maddie Ziegler to play the autistic character, Music, because she "can't do a project without” her. That is not a valid reason to create a movie about autistic people without including autistic people in it.

"How does one act autistic, you may ask. If we look at Ziegler's portrayal, the answer is by stereotypically mimicking autistic people the exact same way autistic people have been bullied and mocked their entire lives. It also enforces the idea that autistic people are not good enough and that their autism is better portrayed by someone with no concept of what it is to be autistic..."

"Sia’s handling of the comments by disability activists so far has been insensitive, irresponsible, and invalidating. When faced with justified critique, Sia decided to personally attack members of the community e.g. when she replied: 'maybe you’re just a bad actor' to one autistic individual who expressed their ability and willingness to act in her movie..."

The petition has now passed 62,000 signatures.

Following the controversy, it's been reported that Sia has issued an apology but has deleted her Twitter account. She is yet to respond publicly to the petition.

The Music has reached out to the film's Australian distributor for comment on the matter. See the petition here.