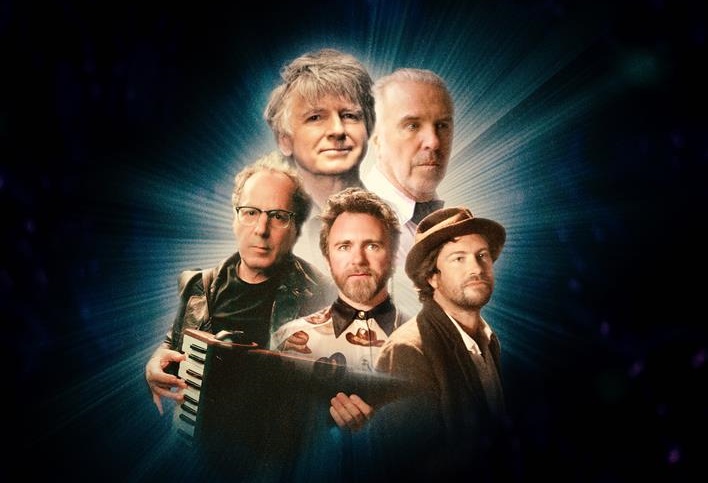 Crowded House have today announced details of their first new album in over a decade, Dreamers Are Waiting.

After releasing new music last October, the iconic New Zealand outfit have confirmed that the record will be released on 4 June.

To coincide with the album announce, the band have also released brand new single, To The Island; check out the music video below.

The new music, as well as an upcoming headline tour of New Zealand, features founding members Neil Finn and Nick Seymour along with producer and keyboardist Mitchell Froom, guitarist and singer Liam Finn and his younger brother, drummer Elroy Finn.

“I’ve always been afraid of just repeating the same formulas, and somehow this feels like a fresh and authentic way to reapproach Crowded House today with an awareness of all our history and where, how and why it began in the first place," Neil Finn said.

"The original band mentality and philosophy in still in there, especially with Mitchell now part of it again, working in a different way along with Nick and I.”

Finn continued, "We were fortunate to be recording in the studio right before lockdown and so began this album with band tracks recorded live in a room, all brimming with character and energy.

"We then spent our strangest year, 2020, at distance from each other but connecting daily, swapping files and making those tracks complete. We’re so excited and grateful to be back in one room together now, rehearsing, first to play live in front of audiences in NZ and soon we hope for the rest of the world."