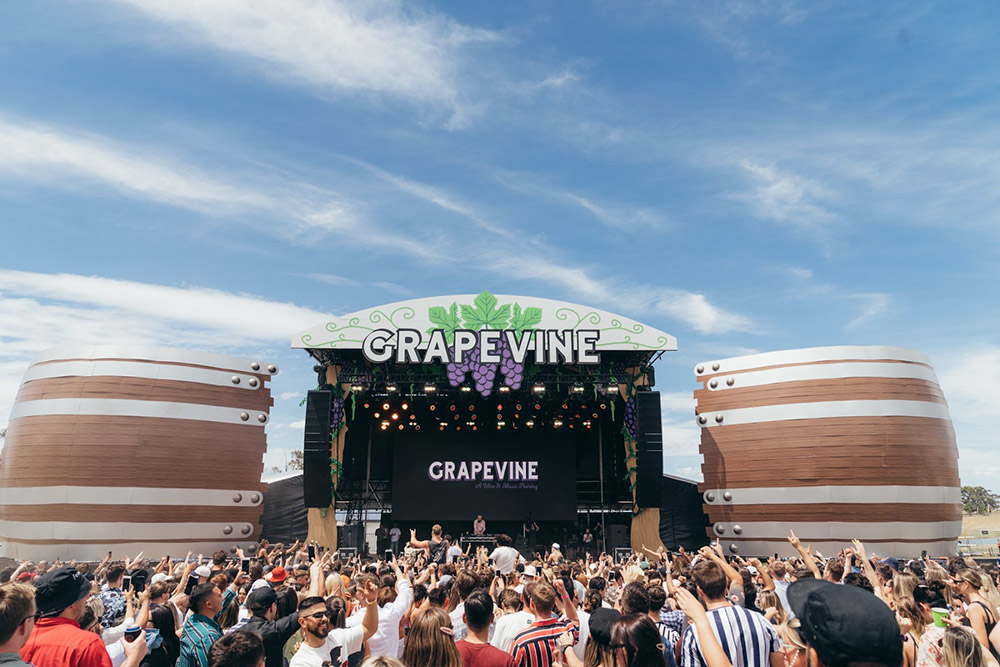 Grapevine Gathering will make its return this October after a “COVID-induced hiatus” last year.

With a talent-packed local line-up in tow, the touring festival, which sets up in picturesque wine regions, will kick off in WA in early October before taking on NSW and Vic in the weeks that follow.

Partystarters confirmed so far include Peking Duk, The Jungle Giants, Vera Blue, The Veronicas, San Cisco, CC:Disco!, King Stingray and Rest For The Wicked with more to be announced as the events approach.

Tickets go on sale from 12pm AEDT on Thursday 25 February.