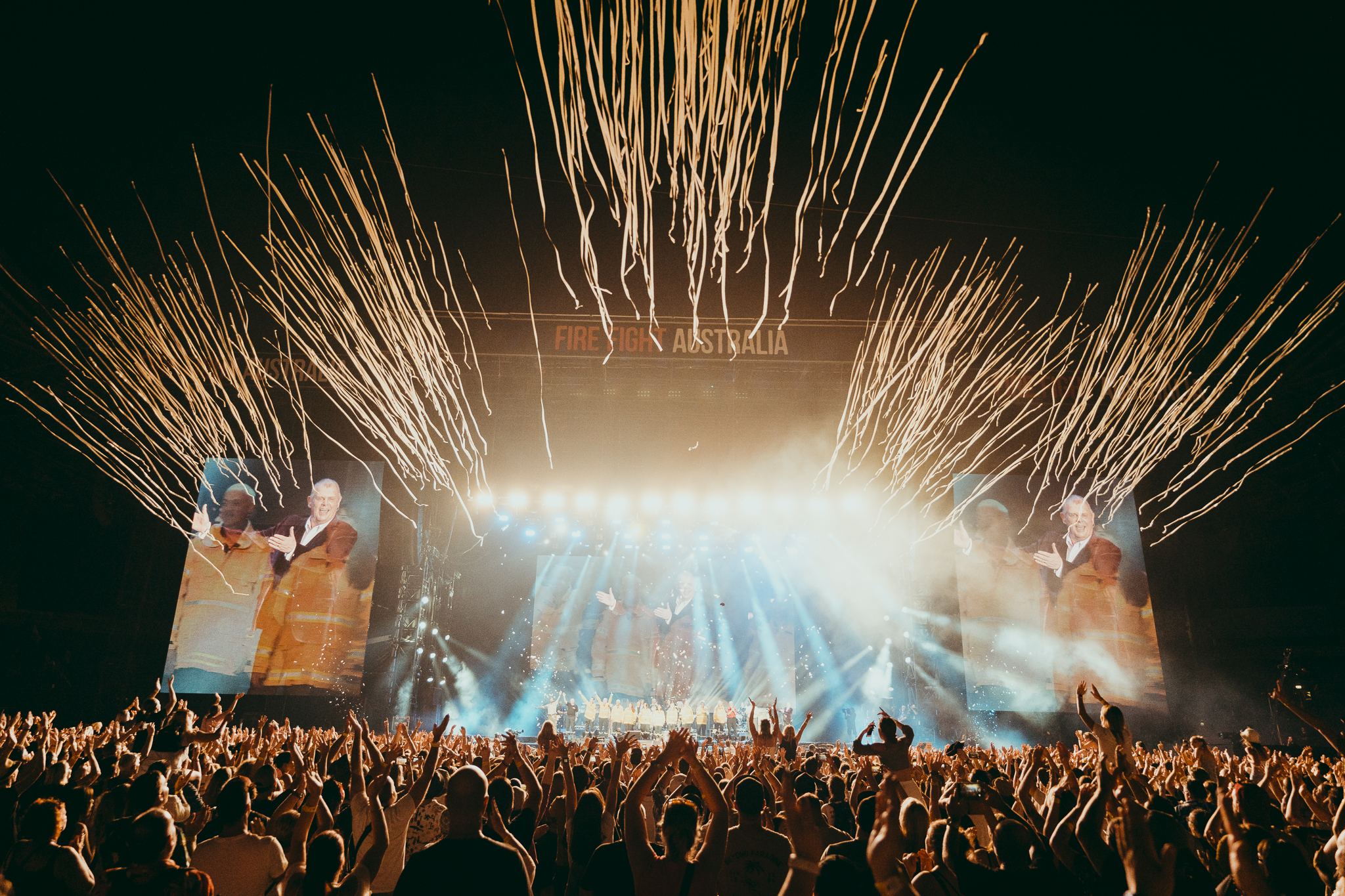 One year on from the historic Fire Fight Australia concert event, organisers TEG have announced that an impressive $11.1 million in proceeds has been distributed to bushfire affected communities.

"It’s hard to believe that Fire Fight Australia was just a year ago, given all that has happened to our industry, let alone the world, since," said TEG CEO Geoff Jones.

"We are proud that the money raised through the concert has made a positive difference to communities that are still recovering from the devastating bushfires of 2019/20.

“Our thanks again to the 23 artists and bands and to over 1500 suppliers and volunteers that helped ensure we were able to achieve that amazing result by providing services at cost or free of charge. It was an enormous effort from the music industry to pull the concert together in five weeks and we are proud of what we achieved through our collective effort."

"Many of the CFS volunteers on Kangaroo Island in South Australia who were impacted by the fires were farmers that lost everything - their homes, their livestock, their fencing, all their personal possessions, yet continued to fight the bushfires to try and save their neighbours and other parts of the Island," said CFS Foundation (South Australia) CEO Gloria Berni.

"The money given to them by the CFS Foundation via donations from organisations such as Fire Fight Australia was invaluable in assisting them start to rebuild their lives."

"Over the last year, around 5,900 people received one or more grants from the Red Cross fund. Donations also contributed to ensuring trained emergency services teams were able to provide critical support to around 50,000 people in evacuation centres and today, Red Cross teams are still present, helping communities in 46 regions on their road to recovery."