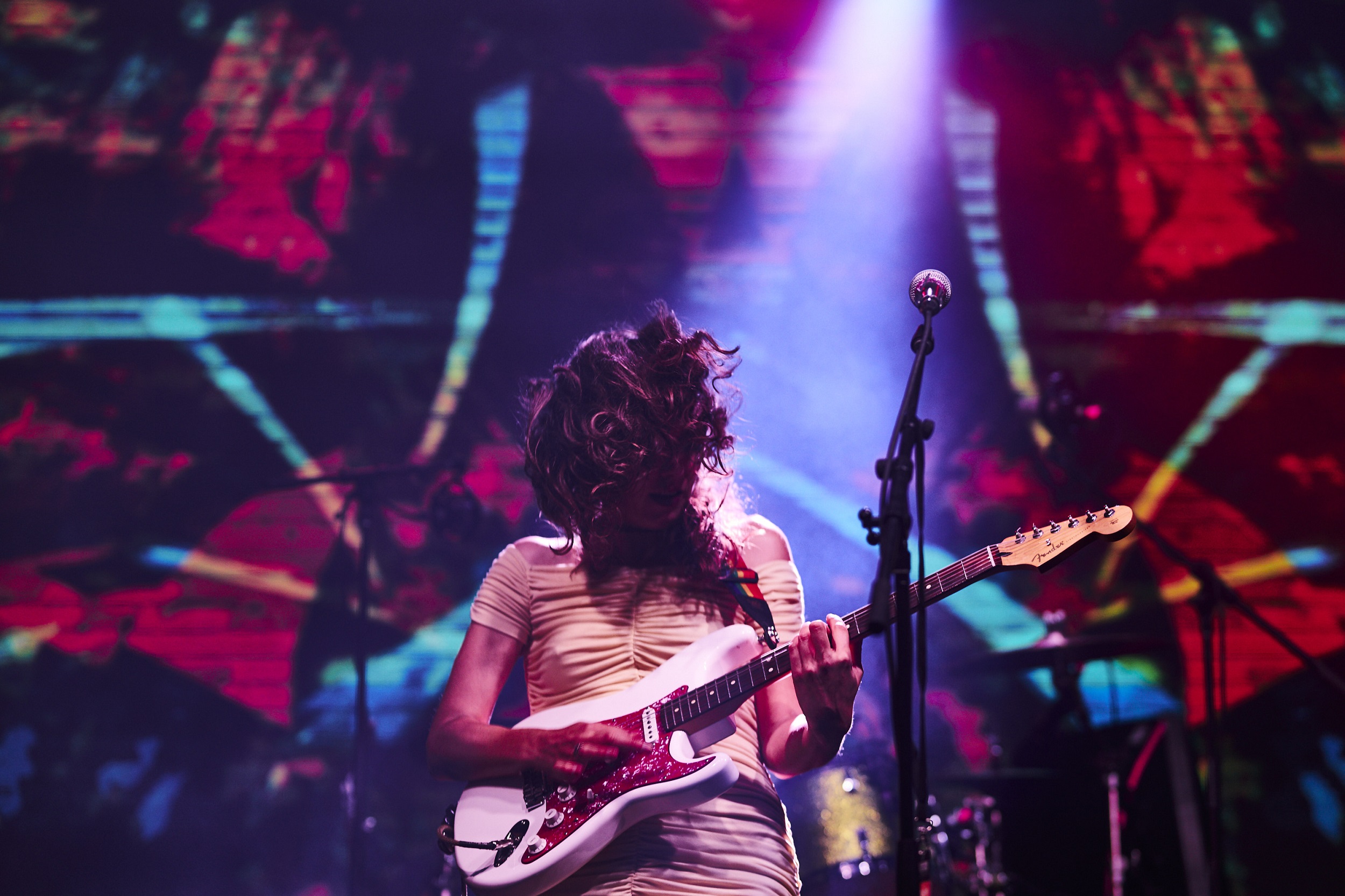 Last year Melbourne Music Week (MMW) promised to return "with a dynamic and innovative program that directly responds to the challenges our industry faces", and though its original November timeline was postponed they have been delivering.

Despite its name, the annual event kicked off in December as more of a Melbourne Music Quarter, extending its run to three months encompassing 330 artists and 200 events across 35 locations.

Even better, the program - which is funded by the City of Melbourne - backed its call to aid local recovery with an entirely Australian and New Zealand line-up. While some of 2019’s big draws included French techno icons and German EDM pioneers, in 2020/21 all eyes are on the incredible array of artists here at home.

If you haven’t had a chance to check it out yet, so far there has been a mass of performances from acts like Private Function, Banoffee, Mick Harvey and Mo’Ju (joined by Melbourne Orchestra no less), with Baker Boy OAM, Adalita, Cable Ties, High Tension and countless others still to come.

The opportunity to see all these branches of our community in one place is fantastic in itself, but the fine point is that right now artists need support and platforms were they can support themselves.

Speaking to The Music, Melbourne Music Week Manager Elise Peyronnet says this is the "essence" of the event.

Outside of industry recovery, people need a chance to engage post isolation and Peyronnet shares that as well as excellent feedback from artist and venues on the new format, they’ve been very happy with the response from the public. Backing up the clearest endorsement - attendance - a survey run by the event has shown large increases in patrons’ sense of well-being and social connection, things Melbourne desperately missed through months of lockdown.

"The community’s demand for live music is extremely strong and we’ve seen our shows sell out in record time," says Peyronnet. "This is a great sign for Melbourne. Seeing the slow return of music festivals and live music is really positive."

Jake Laderman, Director of local label Damaged Music and drummer for local punks Clowns, who are playing MMW in February, agrees that the outlook is getting brighter.

"Things are certainly looking more optimistic for 2021 in Melbourne," says Laderman. "Cases are lower, contact tracing is getting more efficient and because of this, it appears we've moved beyond the live-stream era that was 2020 and have stepped back into this year with live music in its purest form.

"Gigs are back, for now at least, which for a year without live music is pretty damn exciting for artists everywhere."

"To me it feels like it’s probably going to take a long time for there to be a proper recovery," says Savage, "but punters seem more keen than ever before to support the arts so I'm feeling cautious but hopeful about 2021."

With the continued uncertainty surrounding live music due to possible outbreaks, border closures, venue caps and recession, having state- and city-funded structures that artists can use to get a leg up are vital if Melbourne, and Australia, want to maintain a flourishing cultural landscape. We will definitely need them if people like having the option to work up a sweat to electro-punk anthems and then see the latest OAM recipient drop Yolŋu Matha bars. That kind of variety needs to be buttressed.

"Putting on events in 2021 is such a punt," says Savage. "It feels pretty vital that platforms like MMW start the ball rolling. The arts need as many institutions as possible to get behind them right now."

Laderman echoes the sentiment. "Looking at the state of the world right now, it's not hard to be grateful for festivals such as MMW. We are lucky to have a council that understands the importance and impact that our flourishing music community has on Melbourne, giving aid to artists, venues and industry workers and sparking excitement to patrons at our most crucial moment.

"After a year locked away, the events generated by MMW not only prove the quality of music at our front door, but also provide a much-needed sense of hope for the future - which is incredibly important."

To find out more, head to the MMW website.