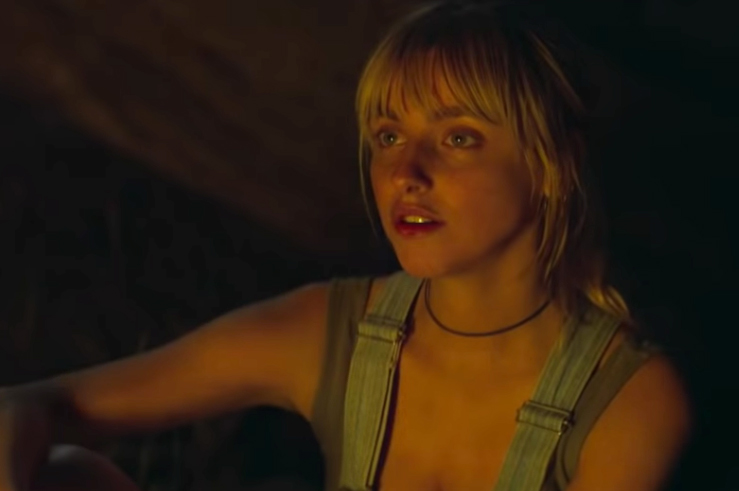 The trailer for Eric Bana's new film, The Dry, was released this week and while it has us ready to line up and buy tickets, it's the take on a classic track that's really caught our attention.

"Federal Agent Aaron Falk returns to his home town after an absence of over twenty years to attend the funeral of his childhood friend, Luke, who allegedly killed his wife and child before taking his own life – a victim of the madness that has ravaged this community after more than a decade of drought," reads the film's description.

"When Falk reluctantly agrees to stay and investigate the crime, he opens up an old wound – the death of 17-year-old Ellie Deacon. Falk begins to suspect these two crimes, separated by decades, are connected. As he struggles to prove not only Luke’s innocence but also his own, Falk finds himself pitted against the prejudice towards him and pent-up rage of a terrified community."

The trailer is tied together by a haunting a cappella version of The Church's Under The Milky Way, revealed at the end of the clip to be performed by Bettencourt (who plays Ellie Deacon in the film).

If Bettencourt seems a little familiar to you, it might be because you're familiar with her parents - Baby Animals' frontperson Suze DeMarchi and Extreme guitarist Nuno Bettencourt.

It's clear that Bettencourt has inherited quite a bit of talent, giving a fresh feel to the 1988 classic track, which she recorded at the iconic Abbey Road studio.

It's shaping up to be a big 12 months for Bettencourt who is also starring alongside Sophie Wilde in the forthcoming Stan series, Eden, which was developed by Skins creator Bryan Elsley from the original concept by Deb Cox.

According to Screen Australia, the show is inspired by "the iconic beauty of the town of Byron Bay" and explores "the unseen lives of a collective of locals after the disappearance of a young woman".

The Dry is set for release on 1 January 2021, check out the trailer below.