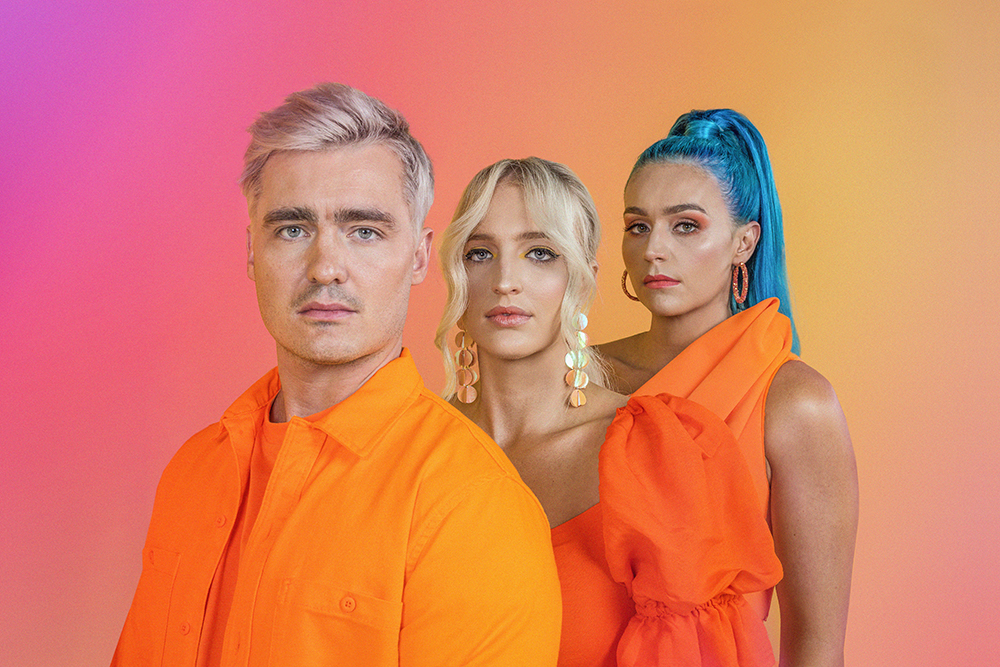 It’s a huge week for Aussie outfit Sheppard, who today announce their third album in the lead up to their half-time performance at the AFL Grand Final this weekend.

The band’s new album, Kaleidoscope Eyes, is slated for release on February 19 and follows on from ARIA #1 effort Watching The Sky back in 2018.

“Somewhere along the album’s journey, I became obsessed with the idea of a kaleidoscope,” George Sheppard said.

“To most people, it might just be a tube with pretty shards of glass, but to us, it represented so much more.

Amy Sheppard added: “Each time you look into a kaleidoscope, you are looking at something in a new light. It’s often bittersweet because the slightest change can shift the entire picture forever.

“On the other hand, if you continue to tumble, you’ll eventually find new beauty in a different arrangement of the same pieces. It’s a strangely beautiful metaphor for love and how the world seems much brighter when you’re in love. That message has managed to wind its way throughout the entire record.”

Earlier this year, Sheppard announced their 'one release per month' project, which is said to be slowly bringing together the many elements of Kaleidoscope Eyes.

Check out recent single Catalina below.