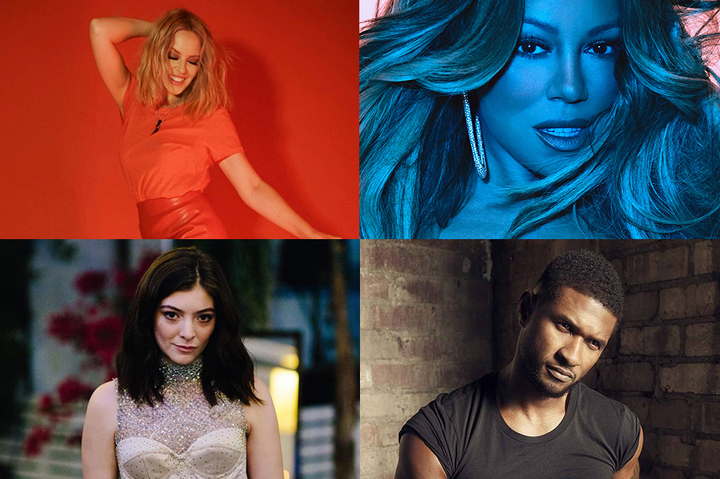 OK seriously, who is coaching The Voice in 2021?

After Seven poached the TV singing competition from Nine last month, the rumour mill has been in overdrive as to who will join next season's coaching panel as it is yet to be confirmed whether the current line-up - Guy Sebastian, Delta Goodrem, Boy George and Kelly Rowland  - will return or not.

Now, try and keep up.

The Daily Telegraph first reported earlier this month that Seven will "axe" George and Rowland in a bid to cut costs and claims that Nine “spent too much on B-listers”.

READ MORE: From Hero To Zero - US Version Of 'The Masked Singer' Flops Hard In Australia

Then it was reported that the show is in talks with US legend Usher, as well as Aussie favourites, Kylie Minogue and Jessica Mauboy as potential replacements.

Then the publication claimed Goodrem, who has been a judge on the Australian version since its inception in 2012, may be on her way out due to a "salary conflict".

On Monday, the Sydney Morning Herald reported that Mariah Carey is in talks with Seven to join the show and that even West Media chief executive James Warburton is finalising negotiations with the Grammy Award-winning star.

On the same day the Carey rumours began, Woman's Day reported that New Zealand heavyweight Lorde has been attached to a coaching role, as has 2019 breakout star Tones & I.

Australian singer Ricki-Lee Coulter has reportedly also put her hand up to take on a coaching gig.

Meanwhile throughout all of this, Boy George has been responding to all of the rumours on his Twitter account, even writing yesterday, "If the @TheVoiceAU are suggesting that @lorde is cheaper than me than today is a great day!"

When contacted by The Music, Seven declined to comment on any of the rumours surrounding the 2021 coaching panel.

It's no surprise the pressure is on Seven to deliver in 2021, given the surprise network switch has resulted in some bad blood.

In a statement given to The Music last month, a Nine spokesperson said, “Unfortunately due to the age of the show and declining demographic profile, The Voice had become by far the poorest financial performer on our slate.

"We wish 7 well in their quest to revive yet another Nine show."