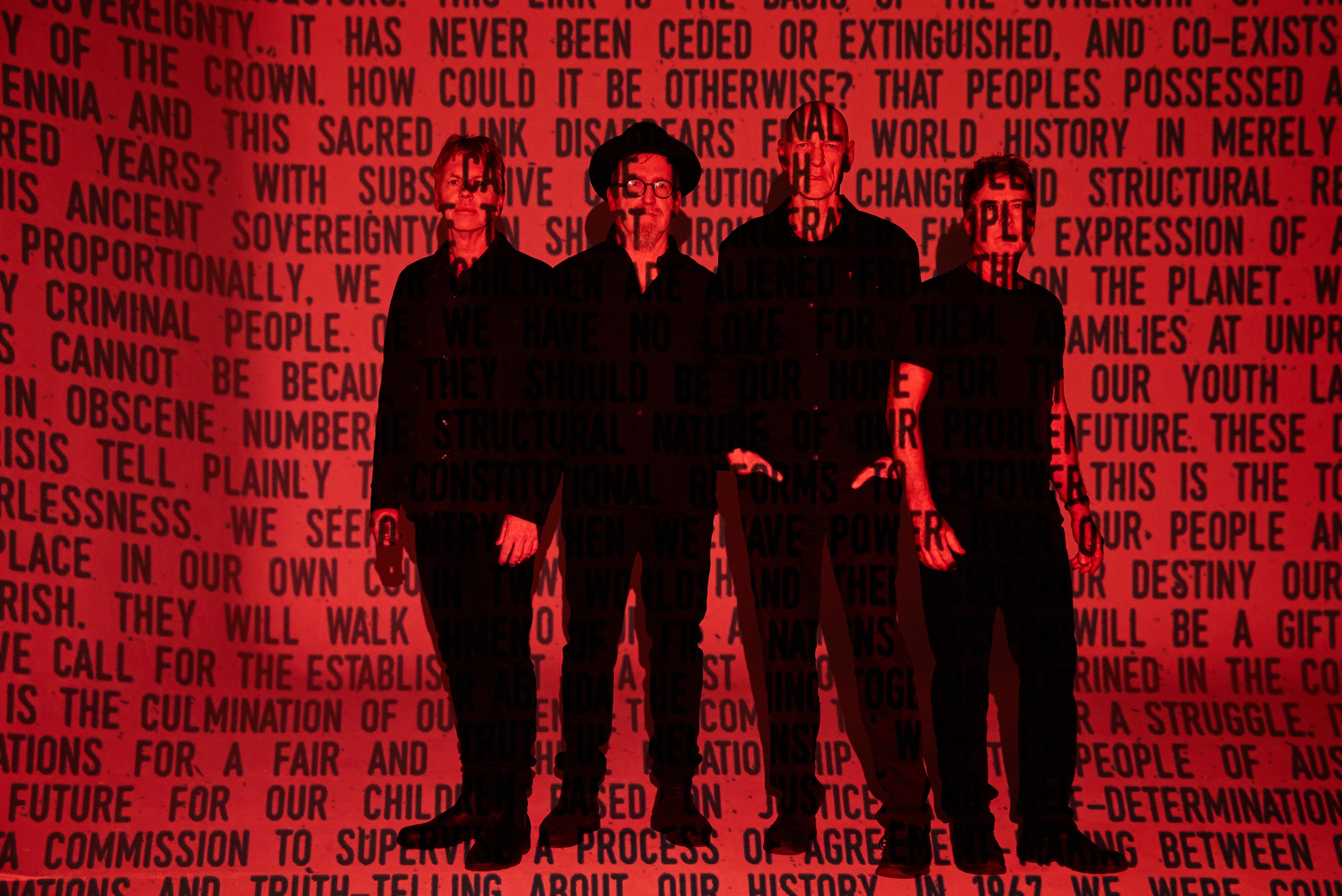 The Aussie legends today released the full tracklist for the album, as well as new single, First Nation; check it out below.

“All of these brilliant collaborators that we worked with delivered fresh interpretations of the songs, and brought strong new ideas to the album,” Midnight Oil drummer Rob Hirst said.

“This added immensely to the final result. We were particularly moved that Gurrumul’s family and label gave us these previously unheard recordings of him singing. They’re a real highlight.”

“It’s been 250 years since Cook landed, when Aboriginal and Islander peoples’ children, land & waters were first taken away. Yet the impacts of the original dispossession are still widely felt," frontman Peter Garrett said of the mini-album.

"We urgently need to up the ante on Reconciliation generally and follow through on the ground breaking Uluru Statement.

"These songs are about recognising that our shared history needs settlement, and that more than ever, as the Statement From The Heart proclaims, we need to walk together to create a better future.”

The Makarrata Project is due out on 30 October; pre-order the mini-album here.