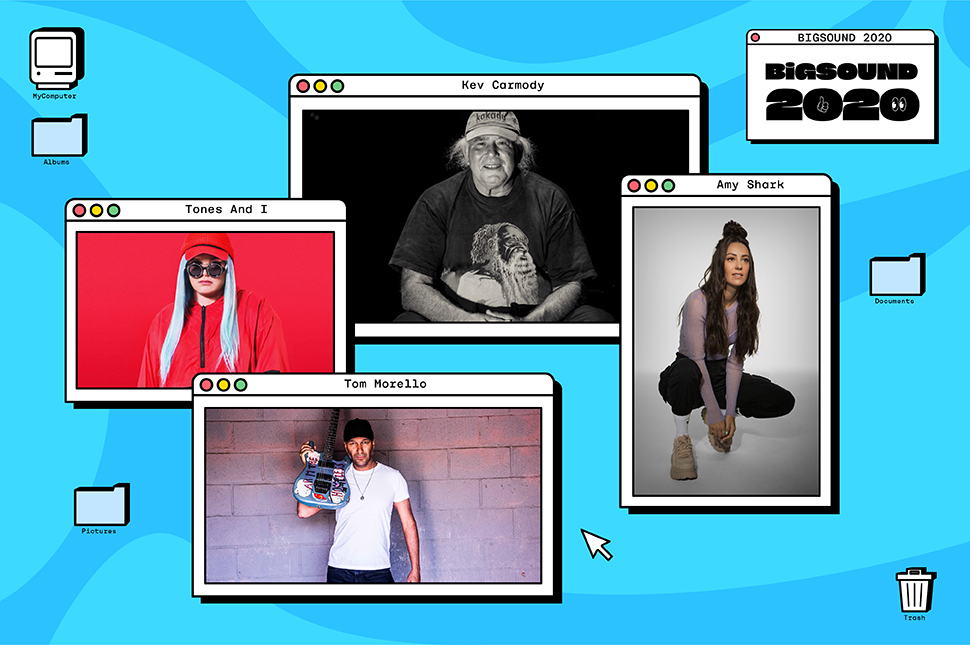 Today’s huge speaker announcement follows on from news last month that the beloved Brisbane-based festival, set to take place from 21-22 October, would be moving entirely online in 2020 due to the COVID pandemic.

Morello, who you probably know as a driving force behind iconic acts such as Rage Against The Machine, Audioslave, Prophets Of Rage, The Nightwatchman and more, will discuss his life as a musician and activist.

“Join me at BIGSOUND to talk music, activism, and how the guitar can be a divining rod for truth and justice,” Morello said.

“The world is at a dangerous crossroads and it’s time to feed the poor, fight the power, and rock the fuck out.”

BIGSOUND Creative Director Janne Scott added: “Very few artists radiate and live their purpose the way that Tom Morello does, his power, conviction and guitar shredding sound is like no other.

“This keynote is a personal dream of mine and an absolute privilege for BIGSOUND to present, delivered at a time when we could all use a little Morello magic.”

Global force Tones & I has also been also confirmed for a keynote, while Australian music legend Kev Carmody and local favourite Amy Shark will both take part in special in-conversation sessions, and Rhoda Roberts and Ziggy Ramo discuss the Indigenous future of the music industry.

And as if that wasn’t enough for you champions, “culinary crusader” Nat’s What I Reckon, who has reached new levels of internet fame in recent months, will present an exclusive BIGSOUND cooking show.

“BIGSOUND has been the meeting place of the music community for nearly two decades and the determination for this event to not only go ahead, but to thrive in a virtual environment is essential for our industry,” QMusic CEO Angela Samut said.

“BIGSOUND has been a leader for years in looking to future business models, mental health and a place of fairness and justice for First Nations peoples working in the music industry as well as giving tomorrow’s Australian icons a platform to learn and be discovered. Never have these things been more important. Never has BIGSOUND been more important."

BIGSOUND’s second announcement and full program schedule will be revealed later this month, alongside The BIGSOUND50, which will see the festival highlight some of the best emerging artists in the country and provide them with valuable national and international networking opportunities.

For more details and to register for delegate passes (which are free), head to the BIGSOUND website for all the info.

Nat's What I Reckon