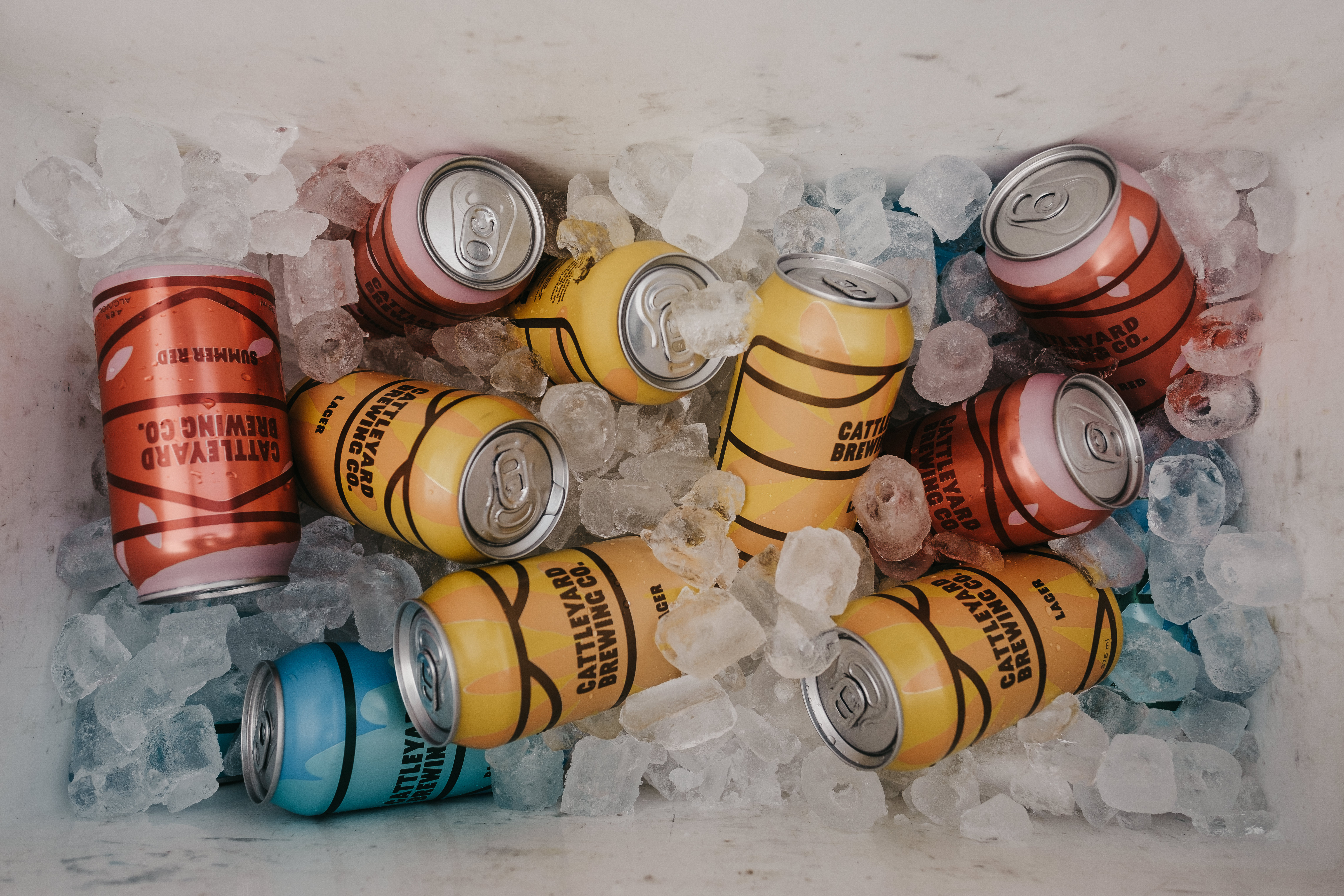 Groovin The Moo has always strived to provide punters with an all-round excellent experience, from a killer line-up to great food and drink, the latter of which was elevated in 2017 when the teams behind the beloved festival launched their own lager.

Founders of the event Cattleyard Promotions, headed by Rod Little and Steve Halpin, alongside MottiSmith’s Fernando Motti and Blake Smith, who oversee catering and partnerships, launched Cattleyard Brewing Co, which has proved to be a big win for festivalgoers and lovers of a good local brew.

We caught up with the team for insight on how Cattleyard Brewing Co came to life.

How did Motti and Smith get involved with Groovin The Moo?

Fernando Motti started working at Groovin The Moo (GTM) as National Catering Manager back in 2009. Fernando and GTM's General Manager Kathryn Hollaway were working together at Sydney Festival when the opportunity to join the team at GTM arose.

A few years later, Blake Smith joined Fernando to create MottiSmith Events, and they expanded the business into partnerships. MottiSmith has since handled the festivals' catering and partnerships for the tour.

Why was beer the next step and how did it come about?

Blake: Rod, Steve, Fernando and I all shared a love for beer. We thought we could bring more choice to the GTM patrons. So we seized an opportunity to pour our love into a collective passion, they put their heads together to develop a tasty and thirst-quenching session beer. Festival in a can. Cattleyard Lager was born. #beerontour

What makes them different to other beers on the market?

JJ King (Head Brewer/General Manager): The aim for Cattleyard beer has always been to tie in perfectly with the experience. That's a pretty fine line of not being dull and subtracting from it, but also without being over the top.

The perfect reaction to our beer is a moment of conscious recognition, a second of 'damn that's good beer' before you're back into what's going on - a local gig to Friday arvo beers at the beach.

What can people expect from Cattleyard beers and what’s likely to be next?

Aaron: We brew our beer to suit how we like drinking beer; being splashed around at live gigs, shared with our mates and built from the creative energy that is felt at our music festivals. You will come to expect this energy and creativity in every can of beer from us at Cattleyard Brewing Co.

We look forward to continuing our support of regional Australia and plan to place brick and mortar (and stainless steel) down in Newcastle, the home of CYBco.

Why did GTM want to get involved in brewing?

Rod: GTM is a festival for everyone. Good food, drinks, getting together with your crew, great line-ups - seemed like a good idea to try and brew a beer that captured the same vibe as GTM.

What’s it like travelling around the festival and seeing your own beer in the hands of punters?

Steve: GTM provides a range of beers to our patrons which means they have a choice. So it's very satisfying to see so many people drinking Cattleyard beers in preference to the established brands. It means JJ has developed a great product that appeals to everyone.