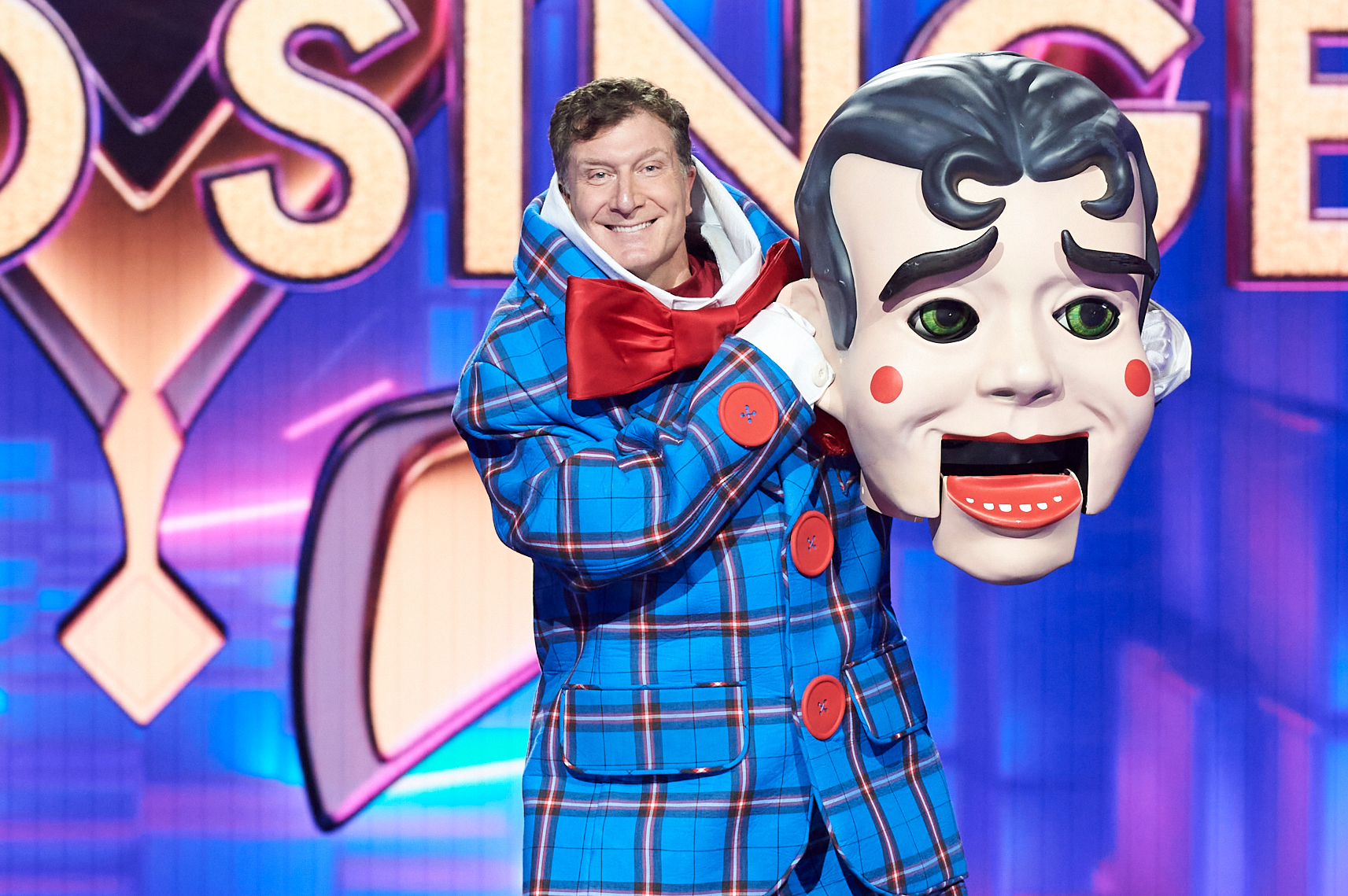 "The amount of songs we learn on The Wiggles is the equivalent to this, but these are probably a little trickier, and a few more words," said Pryce when he was unmasked following a performance of Ricky Martin's Livin' La Vida Loca.

"I will never complain about wearing a skivvy ever again."

There's now just three contestants remaining in the competition, with popular guesses for Bushranger including Bonnie Anderson and Jessica Mauboy, Queen as Kate Miller-Heidke and Frillneck as Eddie Perfect.

The show heads into next week's finale on a high, with an impressive 918,000 viewers tuning in for the reveal while 775,000 caught the main performance portion.

The Masked Singer again secured its place as the night's most watched entertainment program, coming in ahead of Channel Nine's The Block which had 789,000 viewers.

READ MORE: Did You Guess The Famous Comedian In The Kitten Costume On ‘The Masked Singer’?

Additionally, the show remains well ahead of other programs in the timeslot, with Australian Story coming in at 600,000 and Seven's Plate Of Origin at 393,000.

While the finale takes place on Monday 14 September, a special behind the scenes episode, The Masked Singer: Unmasked, is due to the air on Channel Ten tonight from 7.30pm.