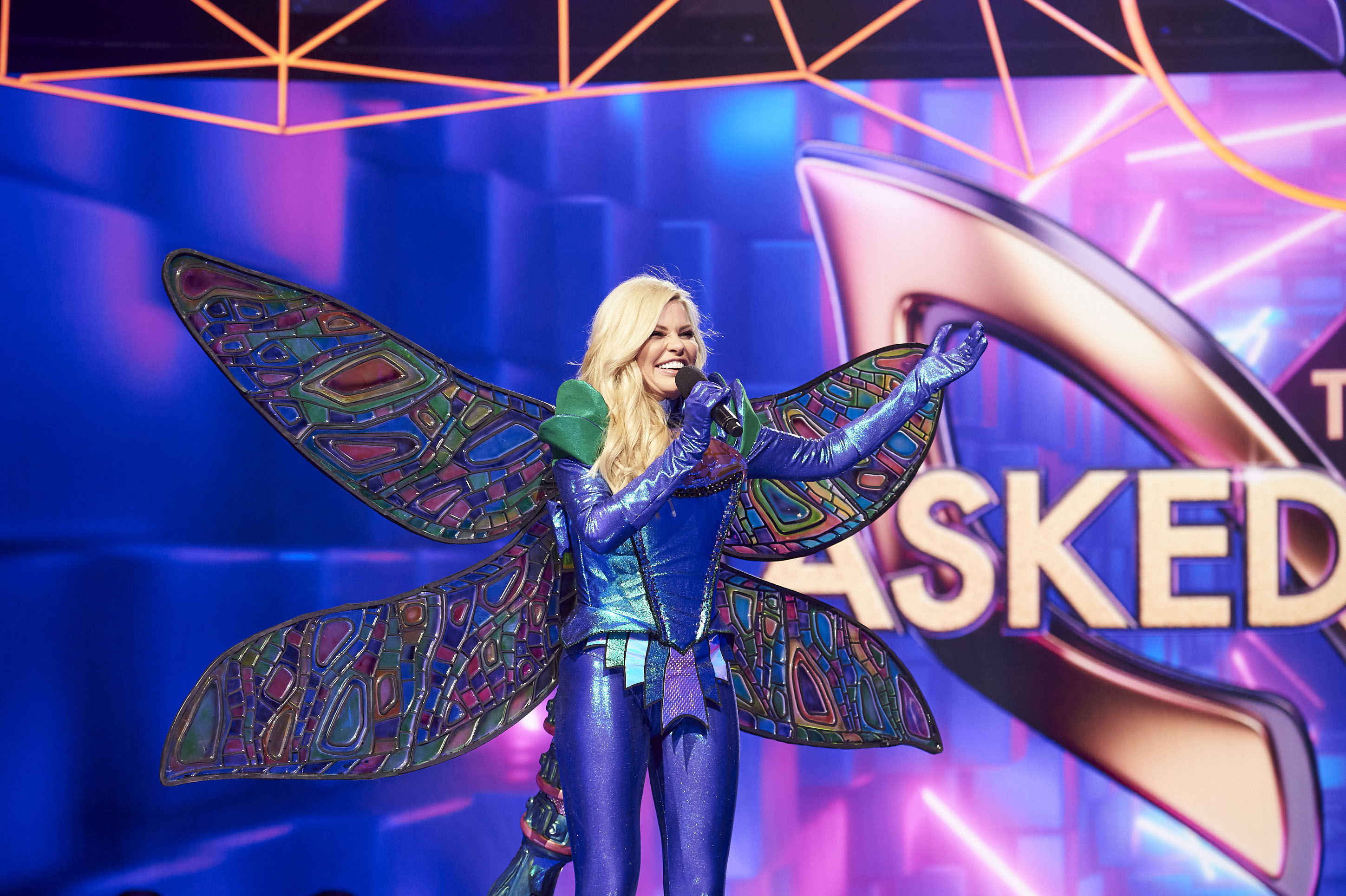 Another well-known celebrity has been unveiled as a contestant on The Masked Singer Australia, with Sophie Monk revealed as Dragonfly.

Formerly a member of Bardot, Monk has now made her return to singing after a 17-year break.

Following on from her time with Bardot, Monk also had a solo career with songs like Inside Outside and more.

Judge Dannii Minogue correctly guessed Monk was behind the disguise, while Monk's "bestie" judge Jackie O had settled on the contestant being drag queen Courtney Act.

"Do you know how hard that was for me? I feel so bad," Monk said to Jackie O after the reveal.

"I have to thank The Masked Singer Australia," said Monk.

"I was embarrassed to sing in the shower. I have not sung for 17 years, I got burnt by the industry. Jackie always asked if I would sing again and I said never.

"There's something about the disguise that makes it so much easier to just bring out confidence. You're not worrying about what people think about you, no one was judging me, I could just sing."

The episode saw speculation that actor and musician Eddie Perfect is behind the Frillneck disguise (with a performance of Tears For Fears' Mad World), while Queen's performance of Diamond's Are A Girl's Best Friend had people guessing between theatre star Lucy Durack and musician Kate Miller-Heidke.

It's been a turbulent week for the program, with the announcement that production has been halted due to a COVID-19 outbreak.

The week has also seen a significant dip in the show's ratings, which for the first time this season has seen one of its two segments drop outside of the top 10.

The drop is likely the result of the Farmer Wants A Wife finale on Channel Seven which drew in 923,000 viewers, as well as the return of The Block which garnered 738,000 viewers.

The Masked Singer did manage to hold both the #1 and #2 spots in the 16-39 key advertising demographic.