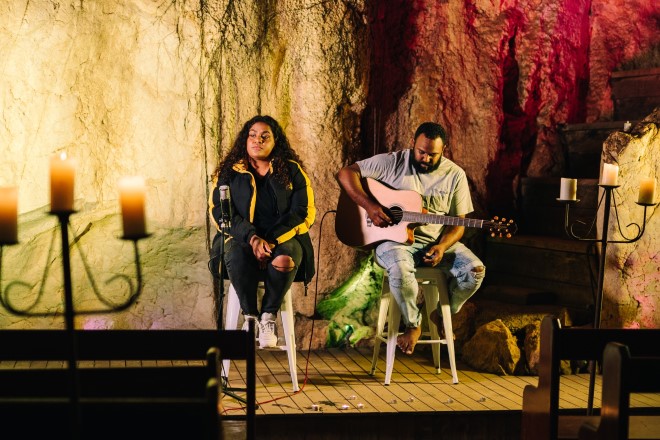 Miiesha has certainly wowed with her stunning performance on The Sound last night.

The Woorabinda artist shared an incredible live performance of her songs Caged Bird and Twisting Words from Rockhampton's Capricorn Caves as part of the ABC program and was joined by Busby Marou's Jeremy Marou on guitar.

READ MORE: Miiesha's Nyaaringu ‘Has To Be A Contender For 2020’s Australian Music Prize’

“Nyaaringu is a collection of stories that I feel I wanted to tell or that I needed to speak on," she said.

"For me it represents my journey and where I’m at now coming from Woorabinda. The interludes in the collection are recordings of my grandmother speaking.

"For me she was and always will stay with me as the strongest voice in my life so I felt she had to be a part of this with me."

After a breakout performance at BIGSOUND last year, Miiesha picked up a deal with EMI and in recent weeks has claimed the award for New Talent Of The Year at the National Indigenous Music Awards.

Today also sees the announcement of Nyaaringu physical release, head here for all the info on the album's 28 August release.