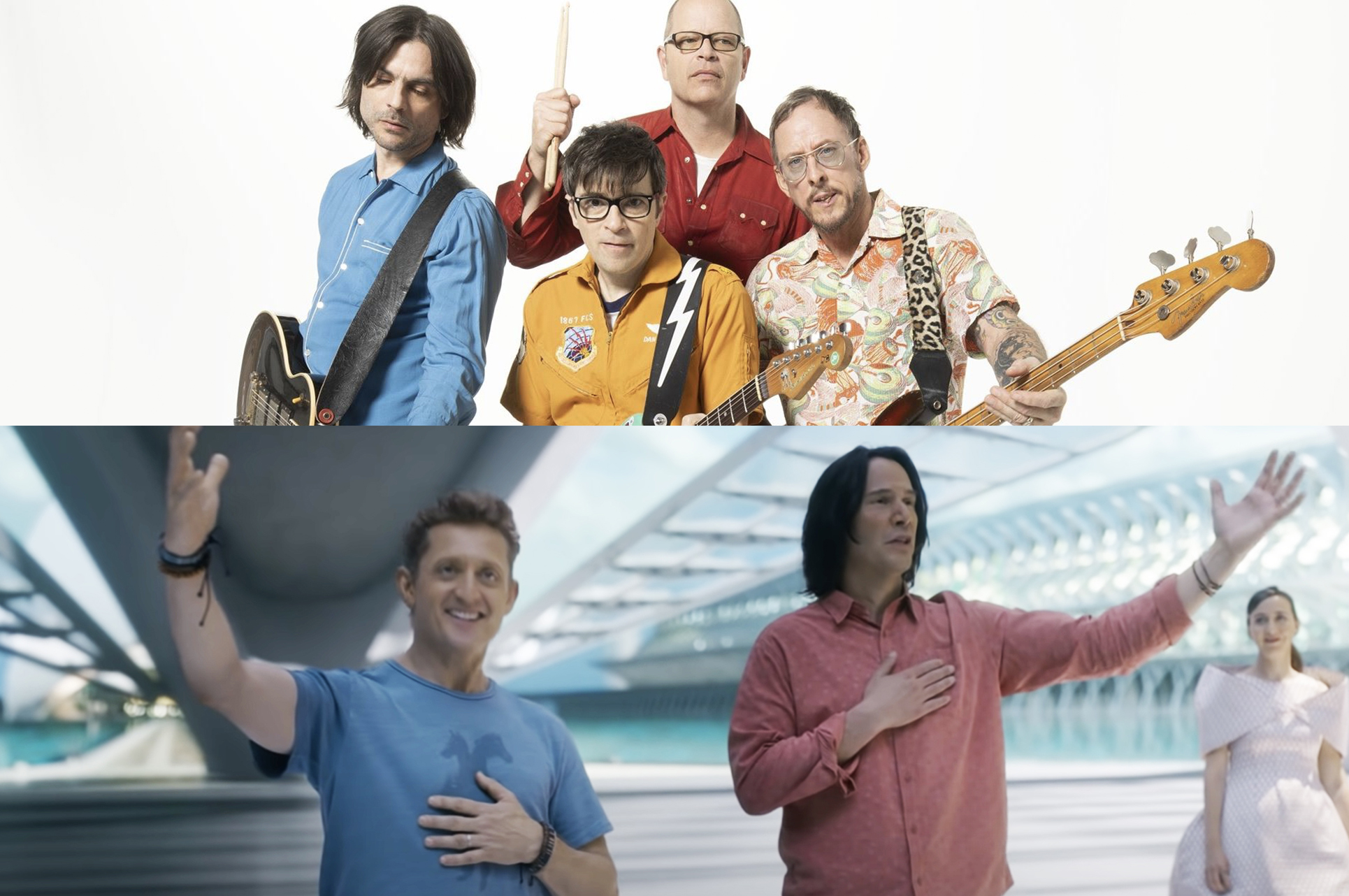 We have been very excited about the return of Keanu Reeves and Alex Winter in Bill & Ted Face The Music for quite some time.

And, now as the opening date for the third Bill & Ted film approaches, we've just been gifted another reason to feel excellent about their return: a new Weezer cut on the film's soundtrack.

Today, Weezer have unleashed Beginning Of The End (Wyld Stallyns Edit) lifted from the Bill & Ted Face The Music, Original Motion Picture Soundtrack set to be released on August 2.

WIN: Score Yourself A Most Excellent Double Pass To See 'Bill & Ted Face The Music'

Let's just say the track begins deceptively poppy before ripping into a wave of SoCal sounding rawk geetar that is exactly what you expect from a Bill & Ted soundtrack.