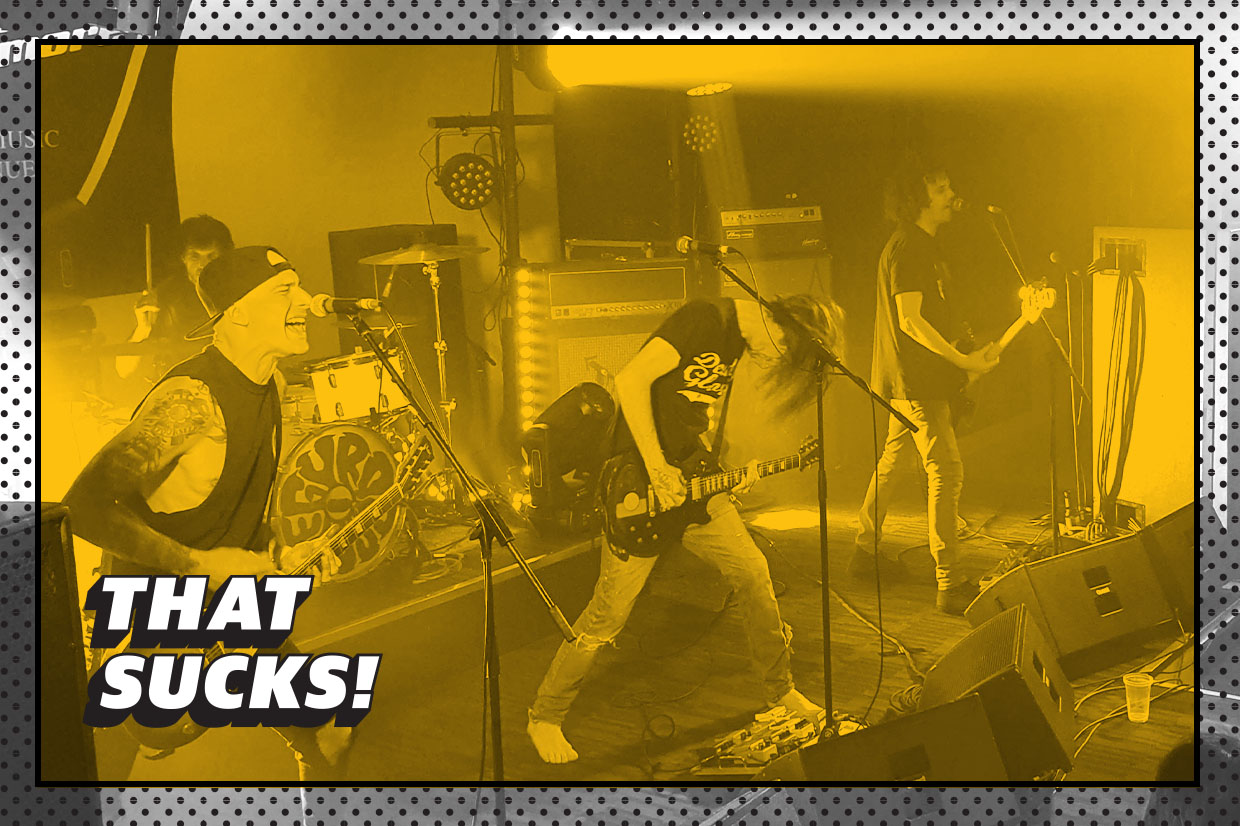 While a punter in Western Australia is rocking out in the front row of a sold-out gig on a Saturday night, another in Victoria is locked inside their house in a city that’s now in the midst of a state of disaster.

The startling differences between the east and west coast have been pulled apart and analysed on the latest episode of That Sucks!, with Perth-based co-hosts Dan Cribb and Troy Nababan chatting with The Music's Jessica Dale in Victoria, “right in the heart of it” where “things have definitely taken a turn for the worse”.

“Everybody feels sad about it this time,” Dale said.

“The first time around everyone around the country was experiencing similar things in terms of lockdowns, but this time it kind of just feels like Melbourne’s out on its own and I think the sense of community has changed a lot. It’s a bit bleak.”

A day prior to recording the episode, Nababan performed at the Freo Dockers home game at Optus Stadium to 20,000 people.

“Getting around [the stadium], it was like nothing had happened,” he said. “It’s really kind of dumb to describe it like that, but I elbowed a few people instead of shaking hands and that was probably the main difference.”

So much can change in a matter of weeks, which is partly why COVID is so scary. WA experienced a very small spike in confirmed cases in July, but it quickly petered out. Victoria was a similar recovery pattern to WA and then things changed quite significantly in just a matter of weeks.

“It was strange to have things go back to being a little bit normal… I think having that change to go back to [lockdown] has been quite stark,” Dale said.

In the week since the podcast episode was recorded and released, Victoria’s increase in daily COVID cases has seen the state locked down even further, with Dale since noting, "Things have changed substantially for Victoria over the past week, escalating to stage 4 restrictions, but the sentiment of this podcast remains the same; wash your damn hands, wear your mask and try to practice compassion even at the most frustrating times".

The latest episode of That Sucks! also takes a look at mandatory masks, police checkpoints, quarantine fails, being separated from friends and family and more.

Stream it below, on Spotify, Apple Podcasts or wherever you listen to your favourite podcasts.

Looking for something else to stream? Handshake Media has you sorted.