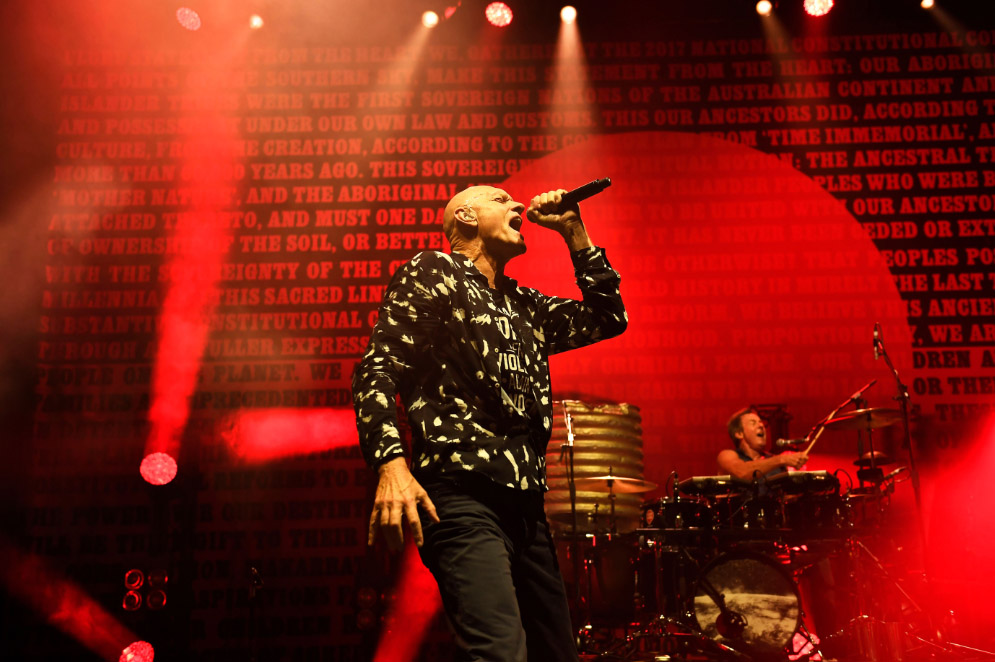 Midnight Oil are set to release their first new music since 2002 this week.

The new song, Gadigal Land, will drop on Friday (7 August), before the legendary band premiere the track during the National Indigenous Music Awards the following night, which will screen on NITV from 7pm AEST and simulcast across the country on Double J, National Indigenous Radio Service, TEABBA, Facebook, Youtube and Twitter.

“We’ve always been happy to lend our voice to those who call for racial justice, but it really feels like we’ve reached a tipping point," Midnight Oil said of Gadigal Land.

"We urge the federal government to heed the messages in the Uluru Statement From The Heart and act accordingly.

"Hopefully this song and The Makarrata Project mini-album we’ve created alongside our First Nations friends can help shine a bit more light on the urgent need for genuine reconciliation in this country and in many other places too.”

Midnight Oil laid out plans in 2019 to release new music on the back of the hugely successful 2017 world tour.

"We’ve been talking about recording again for years but The Great Circle Tour in 2017 was such a positive experience that it made us even hungrier to get back to making new music together," drummer Rob Hirst said at the time.

"It’s a bit early to know what might come out of it yet - we’re just looking forward to getting back into that creative mode."