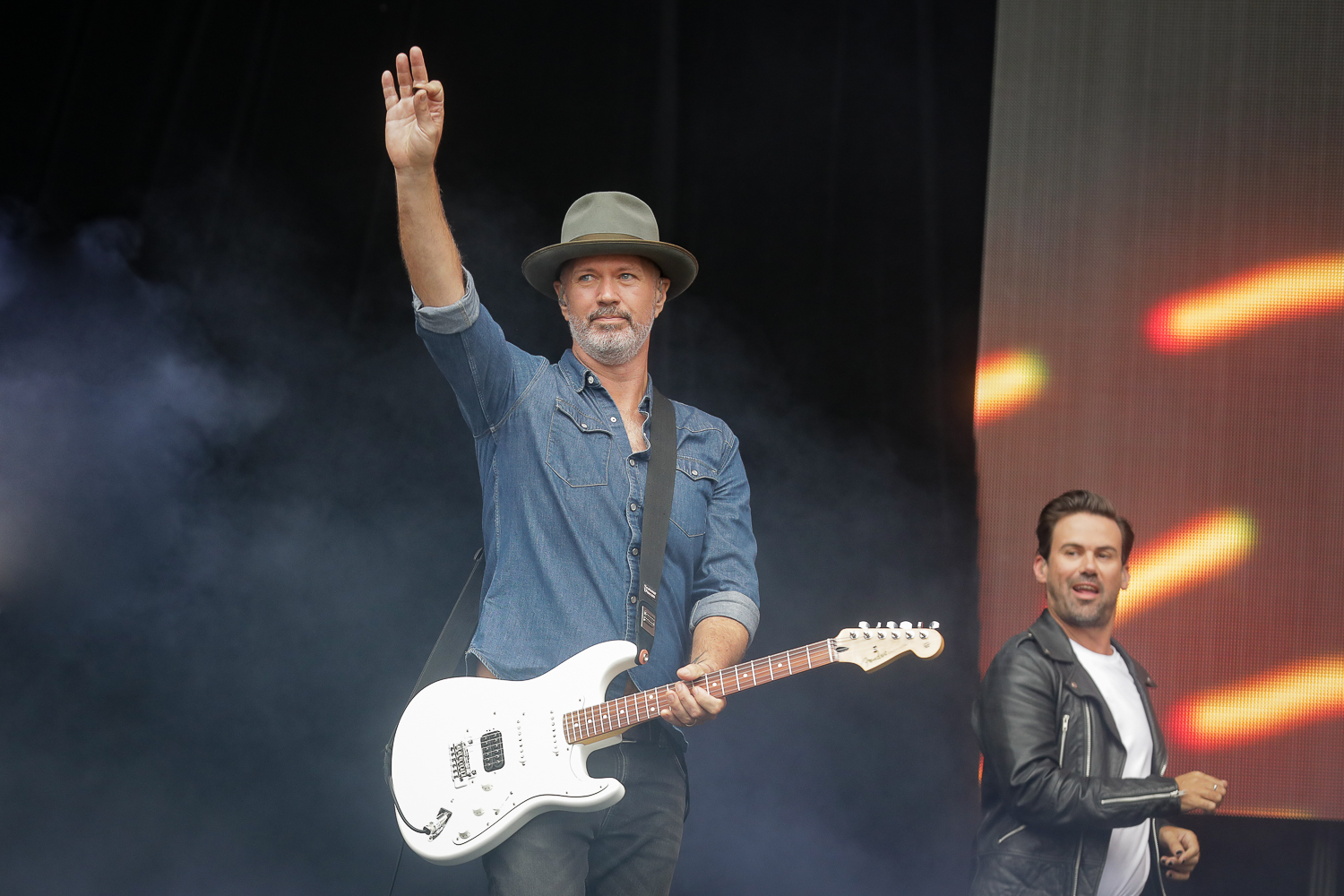 Local legends Grinspoon are offering up a piece of Aussie history, with band member Pat Davern auctioning off the guitar he used during the massive Fire Fight Australia benefit concert earlier this year.

Davern’s Fender Player Stratocaster HSS Guitar is currently up for auction via eBay, with all net proceeds from the sale donated to Support Act.

As evident via the below video, the guitar was used during Grinspoon classics Chemical Heart, Just Ace and Lost Control, and comes with a letter of authenticity and photos of Davern playing the guitar.

Featuring Queen + Adam Lambert, Alice Cooper, 5 Seconds Of Summer, Amy Shark and more, the sold-out charity concert at ANZ Stadium in Sydney this past February saw over 75,000 attend, while over one million more watched from home.