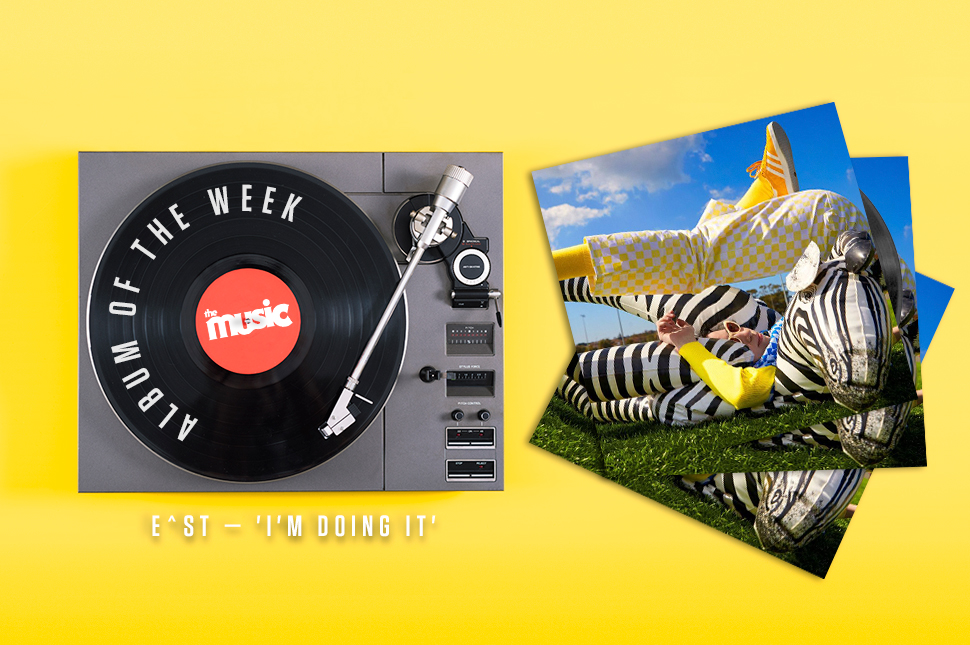 Three years ago, E^ST dropped her track Life Goes On, quickly establishing her as one of the country's finest young talents.

In the time since, the track has amassed over 18 million plays on Spotify alone.

That's not it though, Friends from 2018's Life Ain't Always Roses EP is sitting at a healthy 11.3 million plays, while the recent single Talk Deep is finding early success at 3.7 million streams.

It's pretty safe to say that the appetite for E^ST's debut album, I'm Doing It, is definitely there.

"There’s a reason art made by auteurs often outshines groupthink creativity. One guiding hand. One brain. One set of skills. One vision. With a number of notable collabs already behind her in her short bright career, E^ST is nonetheless a singular performer. As we are reminded with this record: we are in safe hands with her..."

"'Wunderkind'" can be a curse as much as a blessing. If an artist is pretty good by their late teens - as E^ST was - there’s an expectation that by their early 20s they should be near their peak. Anything less would be a disappointment. Here, with E^ST’s debut album, we hold that most delicious of cultural products: potential realised. Treasure this."

E^ST has shared this open letter with her fans.

My debut album I’m Doing It is out today and I really hope you like it. The songs are all inspired by my life, my change and growth as a person and who I’m becoming. I’ve tried to make it as raw and as real as possible.

There are songs for many different moments, the good and bad in everything that happens to us.

I have no idea where this album is going to go, but it has meant a lot to hear your connections to the songs already released and I hope you find more songs to turn to.

Listen to I'm Doing It below!