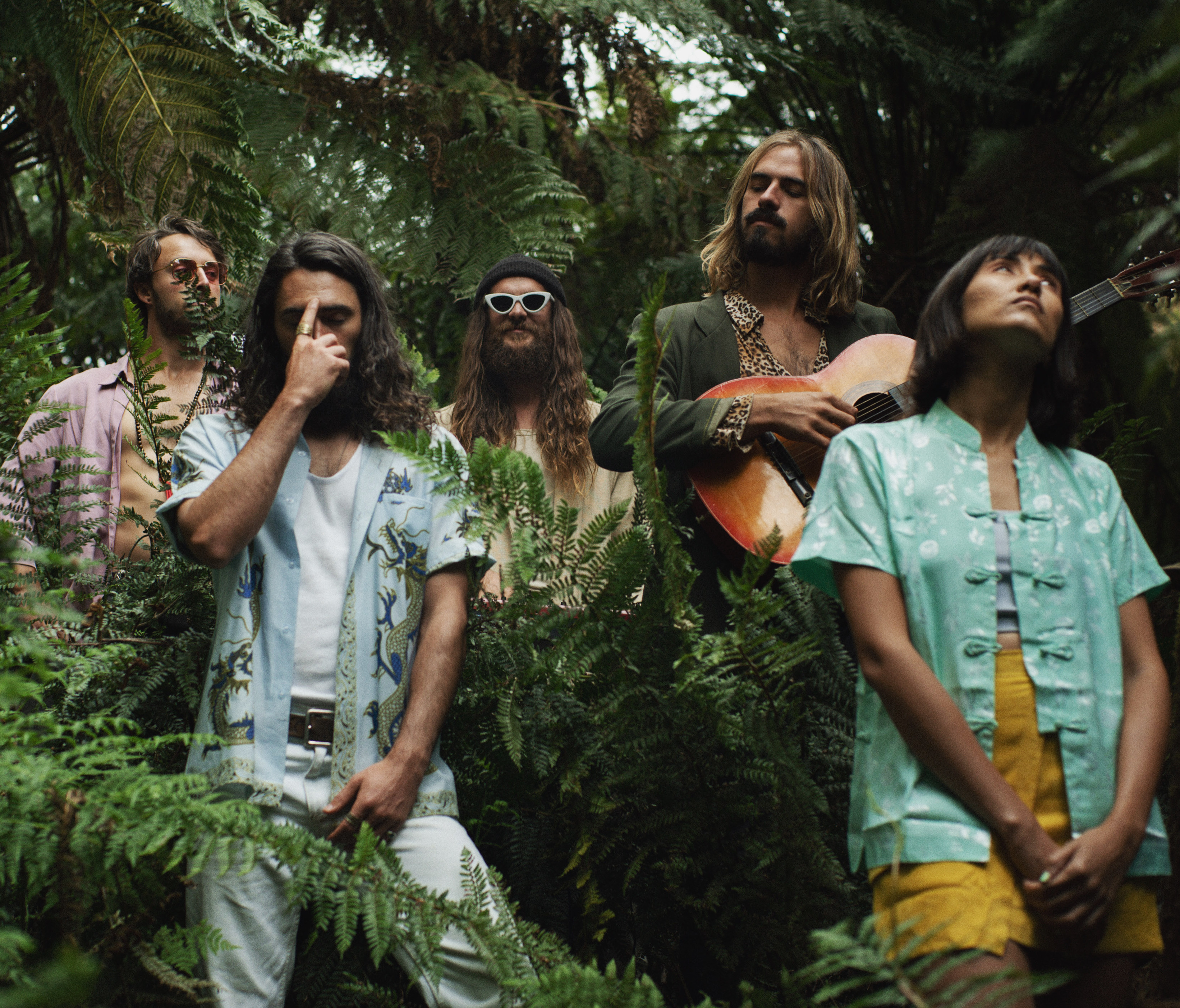 “It’s nostalgically British, and lyrically beautiful in a rugged kind of way.”

Queen - A Night At The Opera

Florence & The Machine - How Big, How Blue, How Beautiful

“The album before her Glastonbury headline. Powerful and dream-like. The cherry on top of the machine cake.”

“It was the first time an album in my language fully took over, I would listen to it on repeat. This led to then discovering Gustavo Cerati.”

“Gustavo is one of the most vanguardist artists regarding sound design. I can see today that my creative process is highly influenced by this sound. I especially like the way he makes the Spanish language and its tonality blend with an international sound."

“This is another album from South America that completely changed my concept of music. I had the chance to tour with this band around Argentina and it was one of the best experiences I've ever had.

“I got to dive deep into their creative process as a band, and them as people, whilst simultaneously discovering this brilliant album at the same time. Hanging with guitar player and producer Benke Ferraz, he told me how most of the vocals were recorded on iPhones, as they were made on the road - now he runs workshops where he explores this technique, not only on vocals but also for creating beats. I am still fully influenced by them as an artist and a producer.”

“An honest, beautifully poetic, headfirst dive into the sadness within the mundane of everyday life. Christopher is in the very top tier of our little but talented island’s most gifted songwriters and performers. Watching him perform this album live and most of his other melody laden music is a brilliant experience - beware of potential tears!”

“This is some hard-hitting, deep south swamp-stompin’ blues-rock. Luke Young and the late great man Liam Guthrie were a beautiful brotherhood and a seriously impactful two-piece - think The Black Keys or The White Stripes, only more bluesy and with Tom Waits on vocals, but all very Tasmanian.

“This album is them at their peak, with Tassie classics Last Laugh and South. They were one of the best live bands that we’ve ever shared a stage with and are sorely missed from the live scene and community. RIP brother Liam.”

Sharyn Lee - I Should Have Known Better

“Sharyn was one of Tassie’s most renown country music singers in the mid-'90s, with multiple hit singles getting spun on the radio via huge national airplay. Shaz delivered this country classic during her peak back in 1998 and this is where we come clean… This country queen is actually Jesse and Jade’s mum and the boys spent much of their super fun childhood on tour and in and out of studios with their musical parents.

“From a non-bias standpoint, this is a brilliant album with cracking modern country crackers like I Should Have Known Better and Shaz’s cover of Linda Ronstadt’s Faithless Love. You can also catch a few guitar lead breaks from Dad, Gaz.