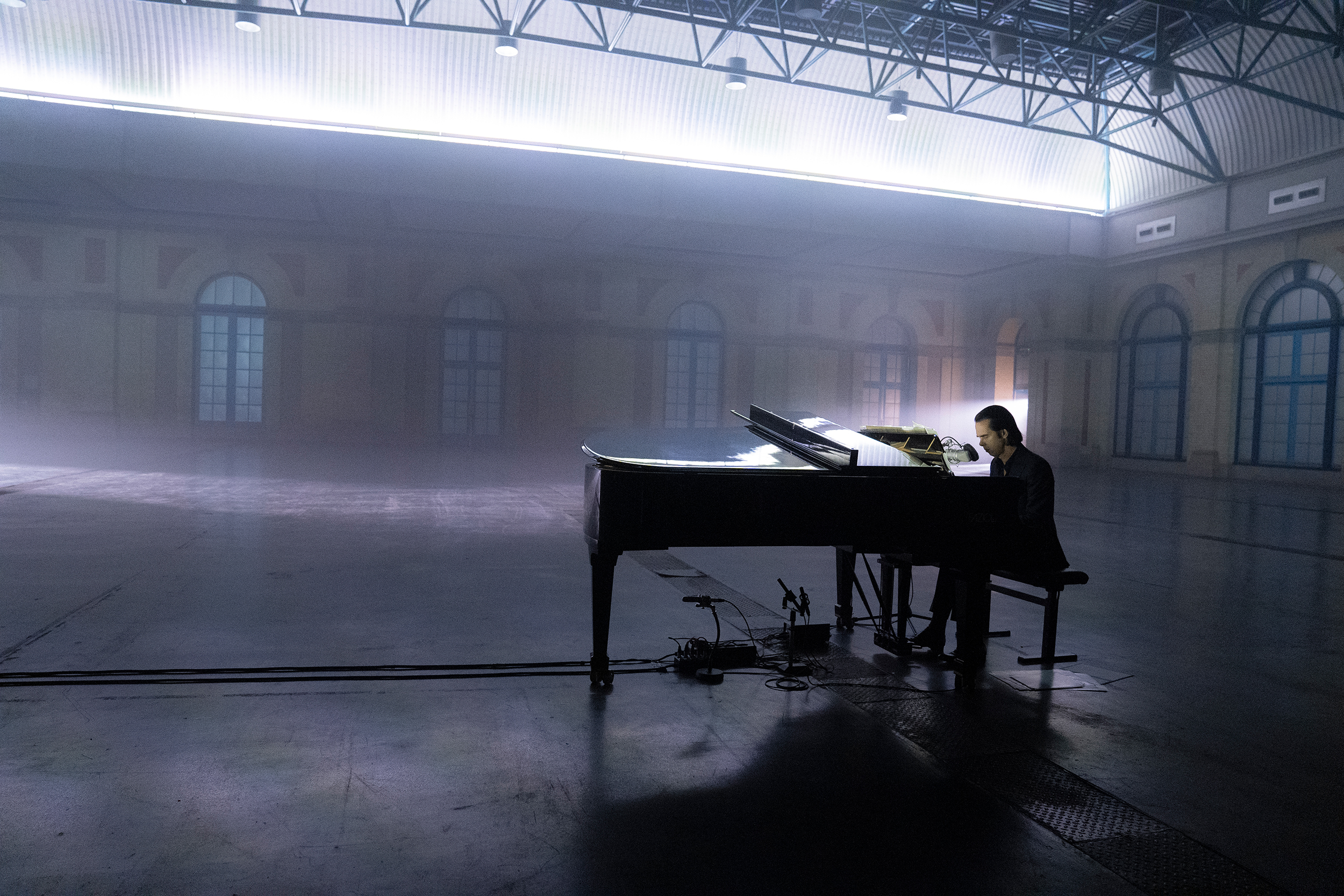 In June, the Aussie music icon played at Alexandra Palace in London and fans around the globe will get to witness the performance, which features some of his biggest tracks and rare cuts, including work from early Bad Seeds and Grinderman and 2019 album, Ghosteen.

The film is set to be streamed online on Thursday 23 July from 8pm in Australia, with fans able to purchase tickets through Cave's website.

"Idiot Prayer evolved from my Conversations With… events, performed over the last year or so," said Cave of the film.

"I loved playing deconstructed versions of my songs at these shows, distilling them to their essential forms — with an emphasis on the delivery of the words. I felt I was rediscovering the songs all over again, and started to think about going into a studio and recording these reimagined versions at some stage — whenever I could find the time.

"Then, of course, the world went into lockdown. The Bad Seeds’ global 2020 tour was postponed. Studios shut down. Venues shut down. And the world fell into an eerie, self-reflective silence.

"It was within this silence that I began to think about the idea of not only recording the songs, but also filming them - and so we started to assemble a small team, including the great cinematographer, Robbie Ryan, sound man Dom Monks, and editor, Nick Emerson, with the intention to film as soon as it became feasible to get back to business in some way.

"Meanwhile, I sat at home working out how to play more songs in the ‘Conversations’ format — new songs and songs from the Ghosteen album, Grinderman songs and early Bad Seeds stuff, and everything in between.

"We worked with the team at Alexandra Palace - a venue I have played and love - on securing a date to film just as soon as they were allowed to re-open the building to us. We had an amazing production team and crew, and what they did within this extraordinary situation was a marvel. Surrounded by COVID officers with tape measures and thermometers, masked-up gaffers and camera operators, nervous looking technicians and buckets of hand gel, together we created something very strange and very beautiful that spoke into this uncertain moment, but was in no way bowed by it.

"Idiot Prayer serves as the final film in a trilogy— along with 20,000 Days On Earth and One More Time With Feeling — and is its luminous and heartfelt climax. Idiot Prayer is a prayer into the void — alone at Alexander Palace. I hope you enjoy it as much as I enjoyed making it."

Watch the trailer below and grab a ticket for the film here.