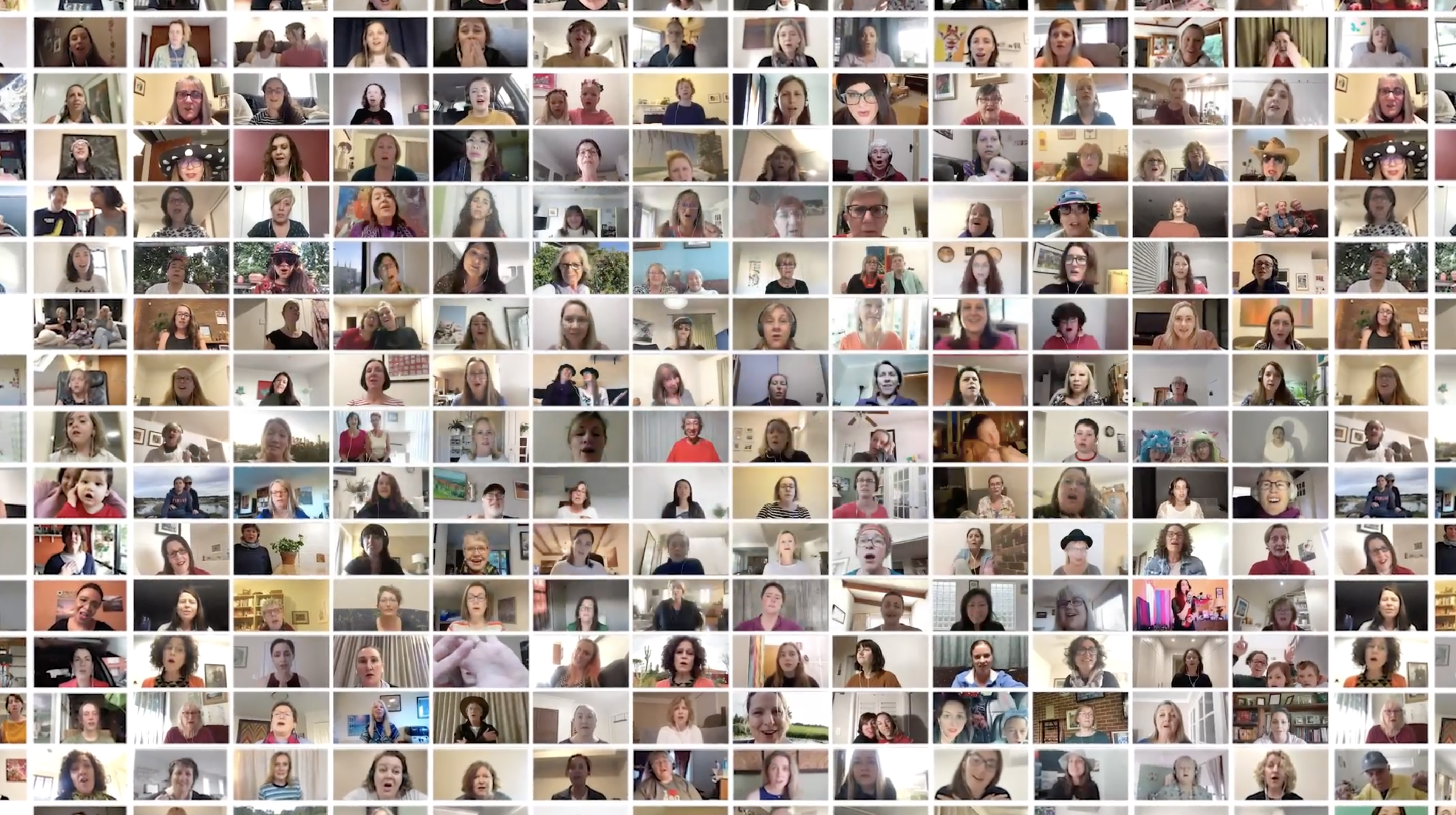 If you need a midweek pick-me-up, then Pub Choir’s latest release has you sorted.

The beloved communal singing venture has unveiled the fourth instalment of its Couch Choir series, with an army of participants taking on The Killers’ All These Things That I've Done.

The fourth Couch Choir video features more than 1,500 people from 40 countries singing the song from the US rockers and follows on from covers of tracks from Stevie Wonder, David Bowie and The Carpenters.

"Couch Choir is the biggest heart treat of all time. It is the antidote to loneliness!" Couch Choir and Pub Choir director Astrid Jorgensen told The Music.

"To have strangers from around the world singing with/for each other is really wholesome. And even though we might never meet, it feels incredibly personal and special to receive their submissions.

"This time we had 1,534 video submissions from 40 countries singing All These Things That I’ve Done by The Killers. It’s an absolute banger and I’m not afraid to say that I think this version is AMAZING. I tell ya what: everybody sounds better when they sing together. Works like magic every time."

Couch Choir is a multi-media endeavour that encourages self-isolators to belt out tunes from the safety of their own homes, with the Pub Choir team releasing three different harmonies that punters can choose from and film themselves singing along to.