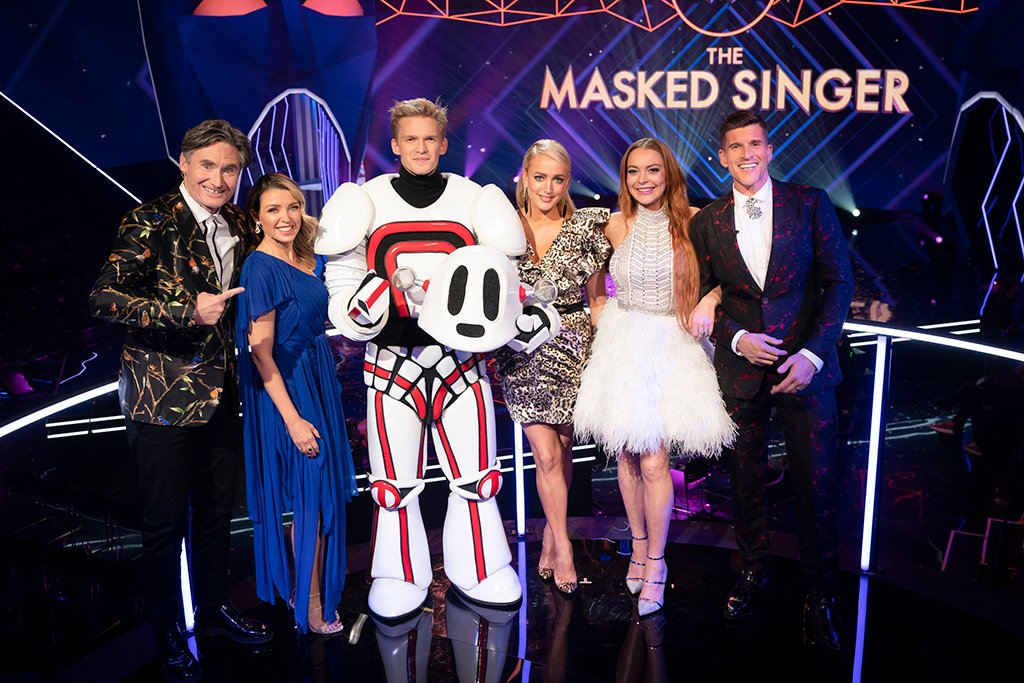 Channel Ten's hit show The Masked Singer is set to return this year but without judge Lindsay Lohan.

Ten have confirmed the news today, ending speculation on whether the US actress would be able to return to the show amid Australia's COVID-19 related travel bans.

"Due to the current international travel complications Lindsay Lohan will not be a panelist on The Masked Singer this season," said a Network 10 spokesperson today.

"While we are disappointed that Lindsay can’t join us, we are lucky enough to have a sensational new panelist on the desk for this season.

"They will join Jackie O, Dannii Minogue and Dave Hughes, along with 12 new celebrities and 12 new masks. We can hear you yelling; 'take it off' from here, but we will unmask our new panelist very soon. Stay tuned!"

It’s no surprise that Channel Ten renewed The Masked Singer with the reality singing show revealed to be a huge hit for the network as their top entertainment show.

The series, which was also a social media success, featured a variety of "celebrities" (those appearing varied in degrees of notoriety and public recognition), such as Kate Ceberano, Brett Lee and Gretel Killeen. The participants took part in a singing competition, using masks hiding their identities.

“In September, we launched an absolutely bonkers show about celebrities singing in costume. The show, The Masked Singer Australia, was the biggest launch on 10 in four years,” Network 10 chief content officer Beverley McGarvey said at the time.

The Masked Singer was also nominated for Best Entertainment Program at the 2019 AACTA Awards.

There's no exact launch date announced for the 2020 season yet but the network has confirmed that the celebrities will this year be competing as The Dragonfly, The Hammerhead, The Kitten, The Wizard, The Frillneck, The Sloth, The Cactus, The Goldfish, The Bushranger, The Queen, The Puppet and The Echidna.

Check out this year's promo clip below.