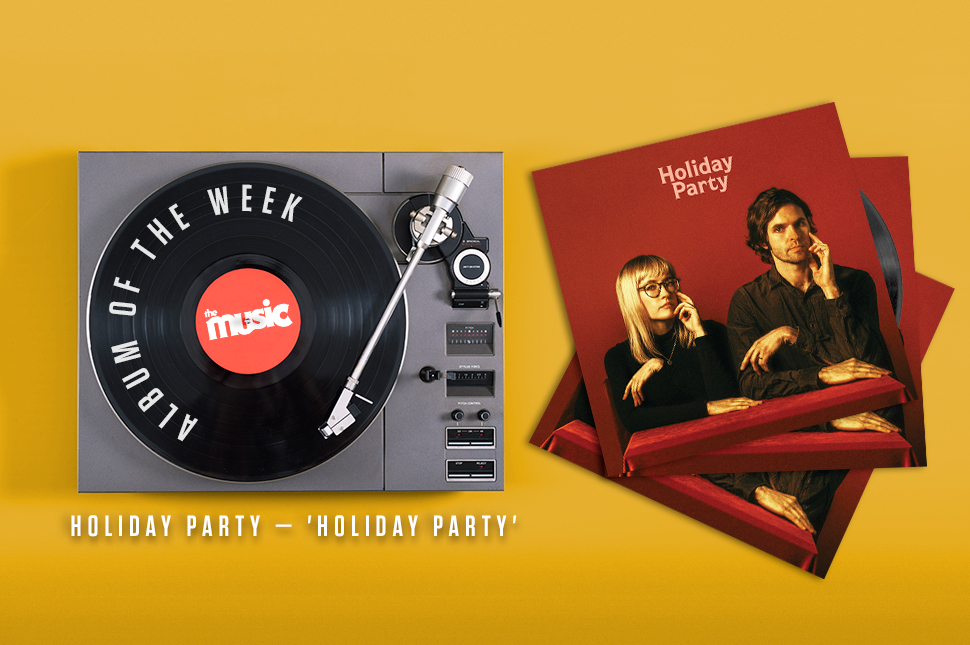 The debut album from Holiday Party is finally here!

The self-titled album is the work of Brisbane duo Mel Tickle and Luke McDonald, and "chronicles a breakup. Whether that’s with a partner, a friend, or a version of yourself".

"With a hodgepodge of influences and samples — fans of The Avalanches and The Flaming Lips will surely find something to sink their teeth into — any of that lingering bitterness has made way for lush arrangements and technicolour dreams. It’s taken a while to come together, some tracks date back to 2017, but Mel Tickle and Luke McDonald are as bold, and confident, as ever. Fan favourites like No One and I’m Still Here stand tall in the mix, inviting you to pull shapes on the weekend, restrictions be damned. It’s more than an invitation though; the album grabs you by the hand and spins you, right round baby, through a dizzying array of emotions."

"There’s a sense of redemption and resolution as Will You closes the eight-track LP, the resounding “never been this sure” sitting with you despite the track’s driving, open-ended questions. Still, with the carburettor kaput and the wheels slowly grinding to a halt, Holiday Party have leant into the breakdown and cranked the stereo for an accomplished debut of junkyard pop."

In celebration of Holiday Party's release, the group have shared an exclusive look at their new video, Something That's Not Wasted.

“The song is about not wanting to give any more of yourself to someone," said the group's Luke McDonald. "So naturally, the video features a murderous acid-cult in the woods.”

“We definitely threw caution to the wind while making this clip ourselves – if it made us laugh, or made us intrigued, it made the cut," added Mel Tickle. "We hope you dig it!"

Check out the video, and the album, below.