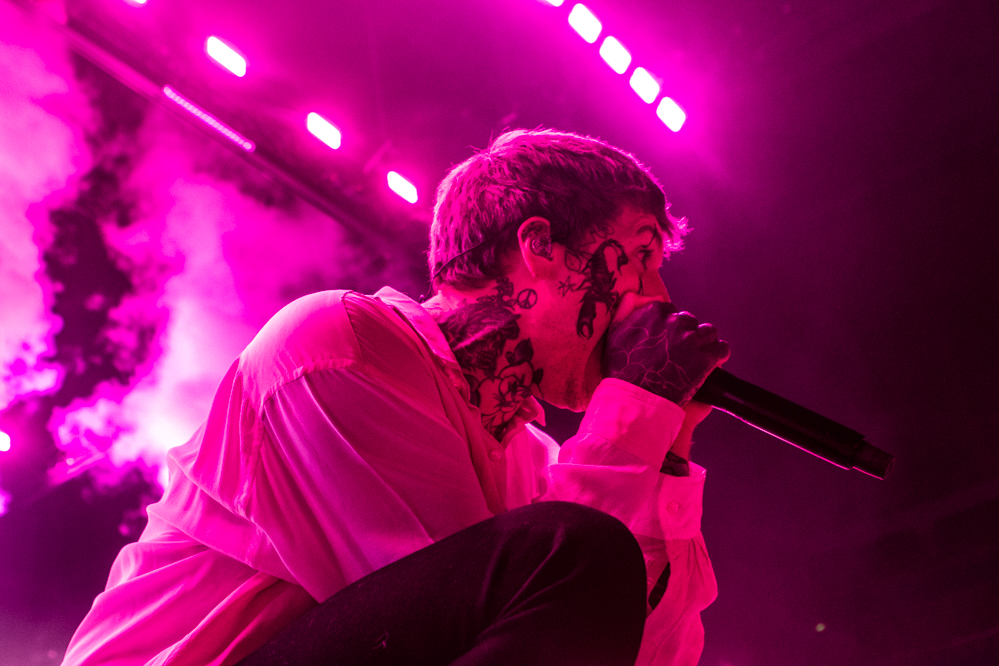 Bring Me The Horizon's last studio album amo was a divisive records for diehards fans despite receiving critical acclaim when it dropped in early 2019.

Perhaps best known traditionally as a metalcore outfit, their sixth studio album saw the UK band incorporate electronic and synth-pop sounds, which, while many loved, others struggled to warm up to.

Appearing on a new episode of The Green Room with Neil Griffiths podcast to promote their new single Parasite Eve, frontman Oli Sykes discussed the reaction to amo from fans.

"It's really hard because no matter how much you can say you don't give a shit, people's opinions upset you," Sykes told host Neil Griffiths.

"Especially when it's the fans and stuff. But at the same time, we achieved everything we set out to achieve with amo.

"We can write a song so easily that would satisfy our fans... we really didn't want to do that. We wanted to challenge ourselves and the listener."

As well as hitting #1 in the UK and Australia, amo also gifted Bring Me The Horizon their first Grammy nomination this year for Best Rock Album.

"The fact that we managed to do something so different and not completely ruin our career, that is a victory in of itself," Sykes said.

"I'm really proud of that record."

On the new The Green Room episode, Sykes also laid out plans for four new EPs to be released within the next 12 months.

Listen to the full The Green Room episode with Sykes on Spotify, Apple Podcasts (below) or wherever you listen to your favourite podcasts.