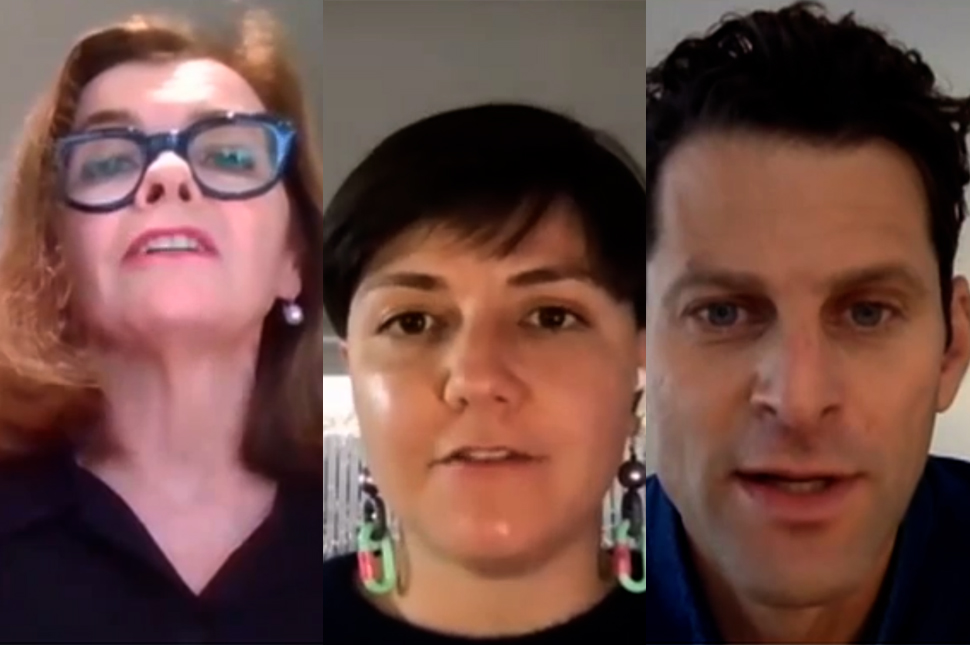 Australia could lead the world in live performance coming out of the coronavirus pandemic according to statements given to the Senate Select Committee on COVID-19.

Today, Australian Recording Industry Association Chief Executive Officer Dan Rosen, Chief Executive of Live Performance Australia Evelyn Richardson and General Manager of the Australian Festivals Association Julia Robinson appeared before the Committee - set up to inquire into the Australian Government’s response to the COVID-19 pandemic - to make statements and answer questions from Senators about what impact the restrictions had on the live sector and the best way forward to return.

Australia has been praised for its actions in combating COVID-19 and it's felt that this advantage could be used by the live sector, in particular the proposed Trans-Tasman bubble proposed for open travel between Australia and New Zealand.

"If we could get that up and running, we see particularly for local and international talent to be able to create a touring circuit of Australia and New Zealand, which would be our summer time... and it's a good opportunity for us to market it," Rosen said.

"Because we know musicians are the most followed people on the plant - seven of the top ten people on Twitter or Facebook are musicians... these are really influential people and we can tap into that.

"If we can get both Australian artists that are currently based overseas and international artists into Australia, be able to have COVID-safe gigs that are going on, that make sense to promoters, whether it's working with this [arts] package and getting the commercial sector up and running, I think it's a great opportunity to not just kick start the economy here, but also to showcase to the world that we can do this stuff, that we're putting it on and it's not going to be happening anywhere else in the world."

When questioned by Greens Senator Sarah Hanson-Young about whether artists should be considered for the types of travel exemptions that are being mooted for sports people if it can be done safely, Rosen responded, "I think it's encouraging to see that it's happening in other areas.

"I know they're talking about international students, international business people, international sports people, the same rules should apply and whatever the hoops are we're willing to work with government to jump through them. But I think the earlier you can set those things up, knowing okay, this is the process that hopefully can exist in November, December, January, February, then promoters, the agents and venues can start working on those tours. So, that would be a great conversation to be able to have."

But the hard road back was acknowledged too, for one, on how they're addressing getting COVID-safe live performances.

"There are a number of working teams working through those guidelines  and health and safety issues so then we can talk with governments how we bring these events back, not withstanding the challenges of what we can do with international artists and creators, which we very much want to do," Richardson said.

Robinson highlighted how the Australian Festivals Association has been taking note of New Zealand's progress in returning to the live sector, which gives an insight into what large gigs might return.

"A lot of the mainstream festivals that you would think about... would largely need to operate in a space where there is no psychical distancing," she said.

"There's some specific additional challenges with I guess younger people getting together in front of a stage that certainly poses a lot of issues, but we are working through that [with the] Live Entertainment Industry Forum.

"We do recognise that industry has to come forward with these strategies as opposed to government to come to us, and I guess being the last to open we almost have the benefit of watching how everything else works in other sectors and drawing what works and potentially not focusing on too much where it's not worked.

"We've certainly watched closely the code that was developed in New Zealand in this industry, which largely focused on track and trace elements as well as good hygiene practices where obviously case numbers are at zero, so just echoing those points and working through that process with as many experts as we could get on board."

While the Government's recent $250 Million arts package was welcomed, it's been highlighted that more certainty is needed about when large gigs and events can return that will help the struggling sector more.

"The main feedback I'm getting is to have the green light to go ahead, and then that will trickle down and help the suppliers that are really hurting," Robinson said.

"We also have members that supply infrastructure, toilet suppliers, ticketing services, security agents, that all prop up this industry and they just don't have a pipeline. I think whilst as said, while I welcome everything that's in that package, what I'm hearing mainly is just that roadmap and the way forward to open."

The topic of the Government's JobKeeper package was also raised and it was noted that JobKeeper was well utilised throughout the industry.

"It is helping a lot of people and certainly from a recording artist perspective," Rosen stated.

"At the moment we've got quote a vast array of members using JobKeeper to keep them on the books," Robinson said of the members Australian Festival Association. Richardson admitted that Live Performance Australia itself was using Jobkeeper.

But the consensus is the live industry will most likely need this to be continued past its current September deadline.

"Post September/October, when JobKeeper is scheduled to end, how companies and businesses and sole traders in our sector can continue, I know that is something that the Prime Minister did put on the table in the press conference on Thursday when asked about the arts," Rosen said.

"I would argue that if we're still here at the end of September or October, and we don't have a full open industry, we'd be looking at some large losses," Robinson said.

"Beyond September, if we're able to get some part of the industry re-activated, that's rally our goal, but it's not like we can just switch the lights back on and come back all at once, so there is going to be a runway," Richardson noted.

"If we're looking at a 12 month reactivation period, which is likely, possibly longer, we are going to need support for many of those companies who won't be fully operational, certainly not come September. We'd certainly look at least a six month extension going into 2021."