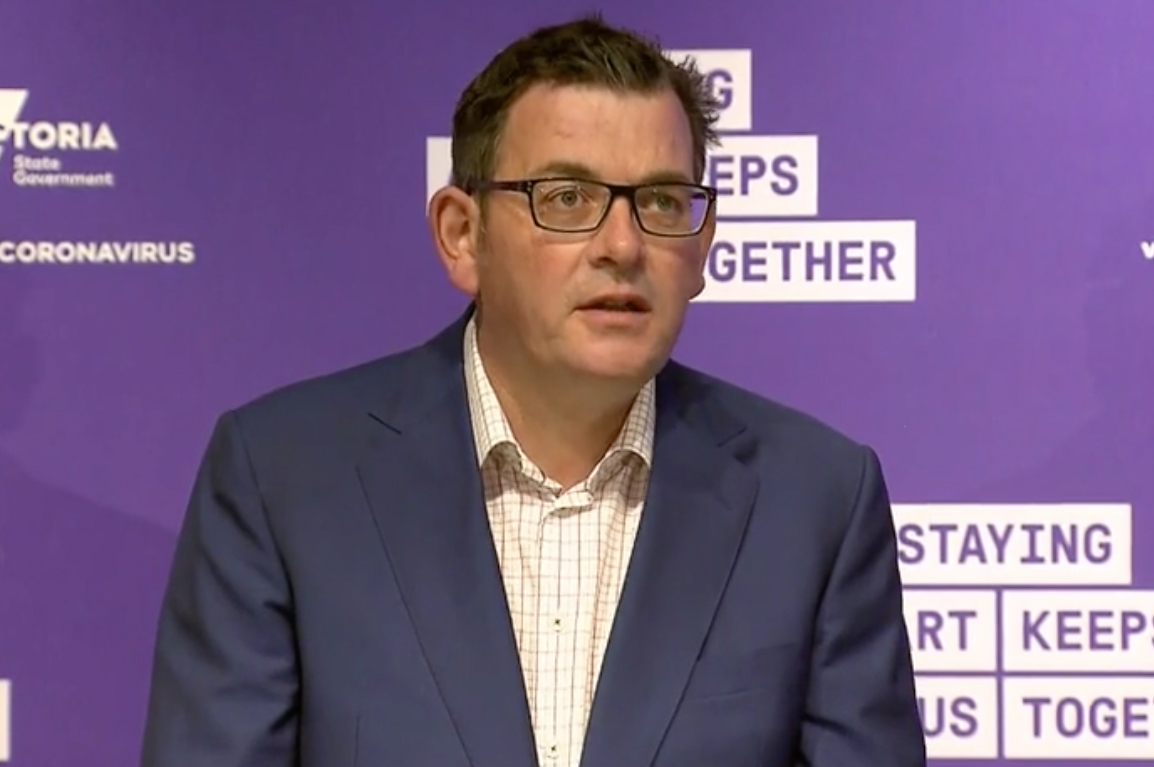 The orders will come into affect from 11.59pm tomorrow, Wednesday 1 July and will remain until at least 29 July.

Residents of these suburbs have been advised that there are only four reasons to leave home - for work and school, care or caregiving, exercise and shopping for food and supplies.

Andrews has announced that venues/businesses within these postcodes that are forced to close due to the new restrictions will be given a $5,000 grant, with further information on this to be announced tomorrow.

Andrews revealed that there is currently a total of 2,159 active cases with an additional 64 new cases since yesterday.

There has been a total of 231 cases confirmed since Thursday last week, with around 93,000 undertaken in the past five days.

It was revealed that 928 'doorstep' tests were refused across two of the 'hotspot suburbs' in this time.

"Very clearly, we are not where we wanted to be. And as today’s case numbers show, Victoria is experiencing significant community transmission of coronavirus," said a statement from Andrews, released during the conference this afternoon.

"As a result of genomic testing, the Chief Health Officer has today advised the Government that a number of our cases through late May and early June can be linked to an infection control breach in the hotel quarantine program. Clearly there has been a failure in the operation of this program. The whole way through this, I’ve been upfront with the people of Victoria. And to say I’m disappointed about what’s happened would be an understatement.

"I have today ordered the establishment of an inquiry, led by a former judge, into the operation of the hotel quarantine program. I’ve also asked the Prime Minister to divert flights to other cities for the next two weeks while we reset the program under the supervision of Corrections Victoria. The inquiry will report in eight to ten weeks."

Andrews has stressed the need for Victorians outside of these zones to continue with COVID-19 safe practices.

"And for everyone outside these zones: please, be smart, be safe and pay attention to the directions. If you don’t then your local area might be next into lockdown and no one wants that," said Andrews in the statement.

"Very clearly, this is not where we wanted to be. I understand people are tired. We’re all frustrated. We all just want things to go back to how they once were. And the sooner we all do the right thing, the sooner we can beat this. We all have a part to play. And it’s up to all of us to make this work."