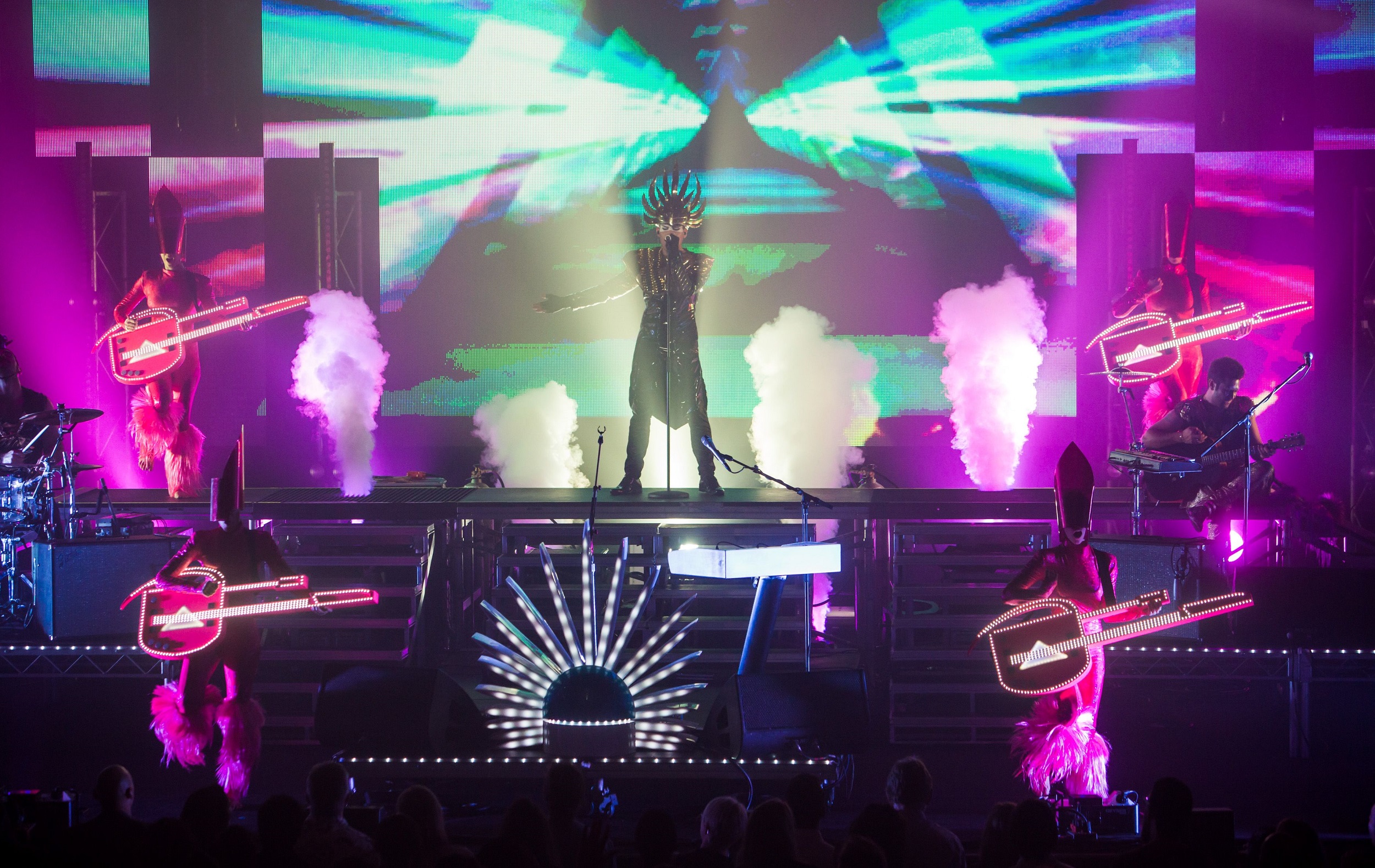 Empire Of The Sun's famous concert at the Sydney Opera House in 2013 is set to premiere online this week.

As part of the iconic venue's From Our House to Yours digital program, the concert will hit YouTube at 8pm this Saturday (27 June).

The Music reviewer Samuel Hilton said of the Vivid LIVE performance, "It is true that there is no other band in Australia quite like Empire Of The Sun. It is also true that few performers, particularly Australian performers, put so much attention and energy into the theatrics of the show.

"It is quite possible that the band put as much attention into their stage shows as they did into the new album. Punters will be hard pressed to find a show quite like the ones, for better or for worse, by Empire Of The Sun."

The news comes after Empire Of The Sun's Nick Littlemore revealed that the duo are working on new music.

Appearing on The Green Room with Neil Griffiths podcast earlier this year, Littlemore said he and band member Luke Steele completed "quite a lot of work" on a forthcoming album.

"We went to Japan a few times and made some really interesting recordings out there and then we worked back here in LA," Littlemore told host Neil Griffiths.

Check out the full The Green Room episode with Littlemore on Spotify, Apple Podcasts (below) or wherever you listen to your favourite podcasts.