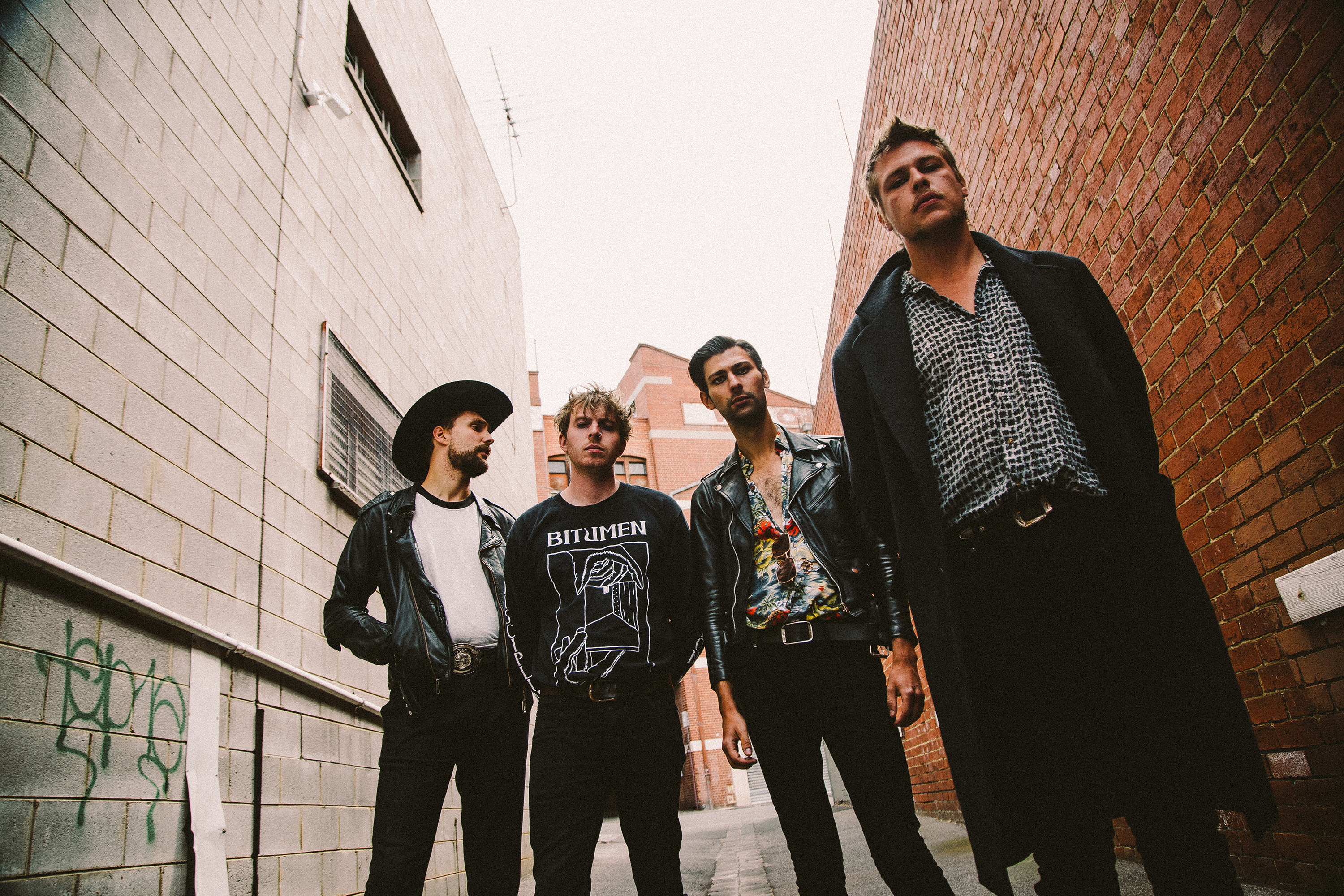 A Swayze & The Ghosts have announced the release of their debut album.

Dubbed Paid Salvation, the Tasmanian four-piece are set to drop the album on 18 September.

The album was recorded with producer Dean Tuza (who has previously worked with These New South Whales and Stella Donnelly) and includes previously released singles Suddenly, Connect To Consume and Mess Of Me.

“It really shits me off when bands have this pedestal and they have the ability to influence so much around them and they waste it by singing about stupid shit. If you’re given this audience, I think you have to have something to say. And I definitely intend on abusing that right," said frontman Andrew Swayze.

“I want people to go, ‘I love that song it makes me dance but I also appreciate the honesty'. I want the melodies and the instrumentals to be accessible for people from all sorts of backgrounds, but I also want everyone to fucking listen to what I’m saying as well. And I especially want young men to hear songs like Suddenly and It’s Not Alright and think about what they’re saying rather than just listening to them and going, ‘Yeah I’m all jacked up on this rock song!'"

The group have dropped their new single Cancer today, along with a video directed by and featuring Swayze.

"I love this track's elements of early house music in its Oberheim DMX drum machine, repetitive bass-line and guitar silence in sections," said Swayze of the track.

Check out the new track below and head here for more info on the album.