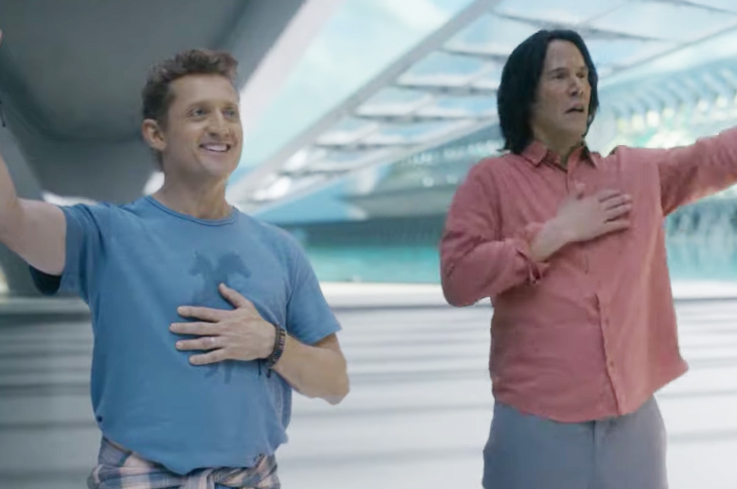 Whoa - all is not bodacious in the world of our most excellent brethren, as the first official trailer for Bill & Ted Face The Music drops today.

The third instalment in the cult series follows the San Dimas duo as they struggle to fulfil their prophetic, world-saving potential. Nearly 30 years after their last Bogus Journey, stars Keanu Reeves and Alex Winter are back in the phone booth for more time-travelling escapades.

The story centres around the pair’s flailing music career. Their band, Wyld Stallyns, was meant to be the glue that brought humanity back together. Instead, they’re playing to dwindling crowds on free taco night in the middle of nowhere.

Desperate, the two plan to head to the future, and steal their own music from their incarcerated and super-jacked selves.

As The Music previously reported, the trailer confirms the return of actor William Sadler, reprising his role as the Grim Reaper from Bill & Ted’s Bogus Journey.

Bill & Ted Face The Music is slated for release 21 August, 2020. Check out the full trailer below.