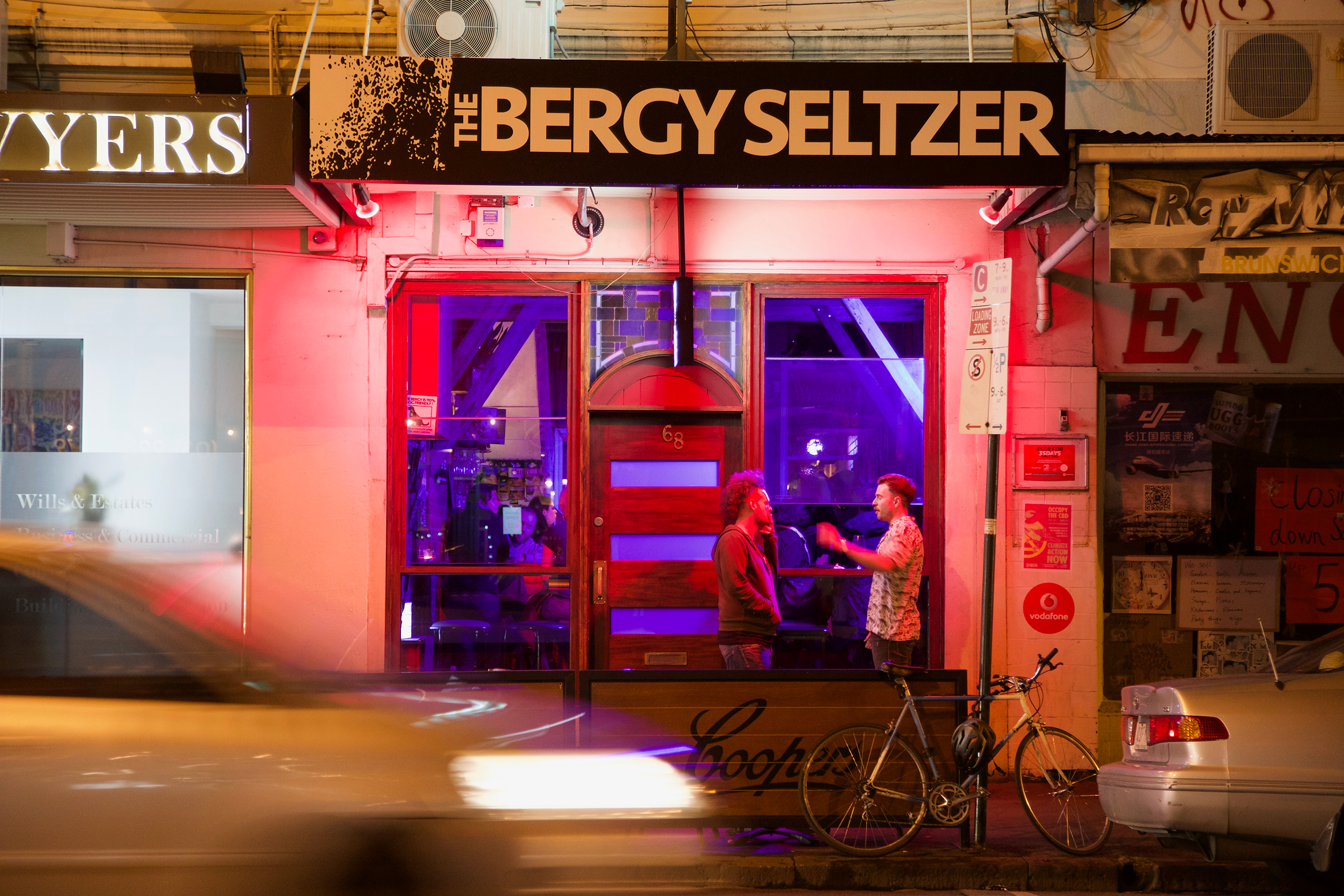 Venues around the country have started reopening following the easing of trading restrictions put in place due to COVID-19.

While it's good news for a lot, it's doesn't mean that it's smooth sailing just yet with a large number of venues still heavily impacted by the restrictions.

Speaking to The Music, David "Frankie" Cudmore who co-owns The Bergy Seltzer in the Melbourne suburb of Brunswick has shared that it's still not viable for his business to trade.

"We were trading as a venue whose reputation was based purely on hosting live music and comedy performances," he said. "So without the ability to put on shows to bring people in, we are not sure on how we are able to ensure we have people coming to the venue to spend money.

"We are small, the layout of the venue doesn't work for table service and, of course, we do not have an operating kitchen to serve the mandatory meals. The Bergy was only just one year old when COVID-19 came around, so a lot of our casual staff do not qualify for JobKeeper payments.

"The cost of their wages alone wouldn't make it viable for us to re-open to only 20 people and would put the pressure on the small few who are entitled to run things. We still have plans to utilise the space from Monday in other ways and will continue to change what we do when the restrictions do ease back."

"We need to be able to trade without food for starters and be able to host some entertainment," he continued.

"Some relaxation on the distances so that we can in good conscience host people in the small areas we have. But with all of this it can only be done when it is safe to do so."

Queensland venues are continuing to feel the affect as well, with The Triffid and Fortitude Music Hall venue director John "JC" Collins sharing that his music venues are still trying to find ways to operate.

"We are all trying to find a way to make the government’s COVID Safe Plan conditions work in our spaces," he shared.

"We are not interested in anything under 100 people at this stage but we are very happy to see some easing of restrictions, that gives us a sense of hope."

Nick Braban, general manager of the Celissa group which operates venues including Brisbane's Beirne Lane, GPO, The Met and more, has said that his business has had to "continue to await guidance" on reopening.

"The road to these venues re-opening is still fairly opaque," said Braban.

"Without the [Fortitude] Valley coming back online in a way that generates foot traffic Beirne Lane is a tough prospect. The Met and the GPO simply cannot re-open until there is a clear guidance from government as to how they expect high volume nightclubs and entertainment venues to operate."

For more information on the changing restrictions, head here.