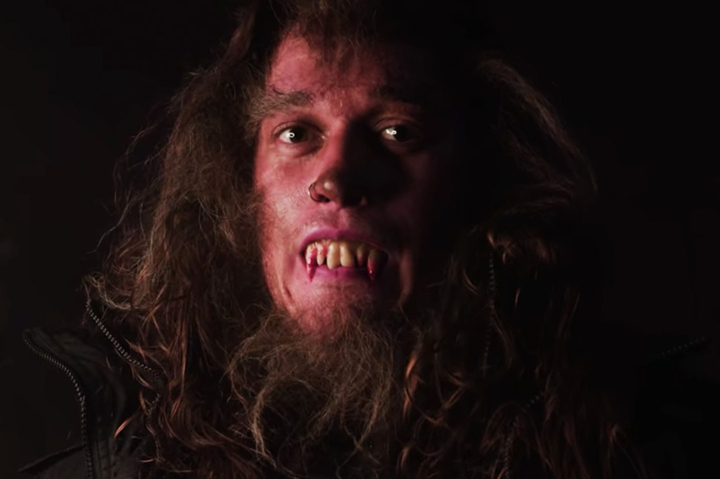 What do you get when you mix In Hearts Wake and Polaris? Apparently, monsters and raining blood.

The Byron Bay outfit have teamed with Polaris vocalist Jamie Hails for Hellbringer and a tongue in cheek music video for those who consider heavy music "the devil's music".

Without giving too much away, the clip delivers all of that and more - werewolves and vampires included. Check out the full clip below.

“At some of our American shows extremist groups have picketed outside, telling our fans that they’re ‘going to hell’," In Hearts Wake vocalist Jake Taylor said.

"If only they knew just how positive the energy inside the venue was! Never judge a book by it’s cover. So rather than fight hate with hate, we decided to have some fun and lean into the metal stereotype.

"In 2020 with live streams becoming the new norm, we decided to stage our own hell-bent circus. We thought it would be funny to ask Jamie to dress up as a werewolf, turn me into a vampire and rain blood on the entire band.

Hellbringer is the third single to be released from In Hearts Wake's forthcoming album, KALIYUGA, due out on 7 August.