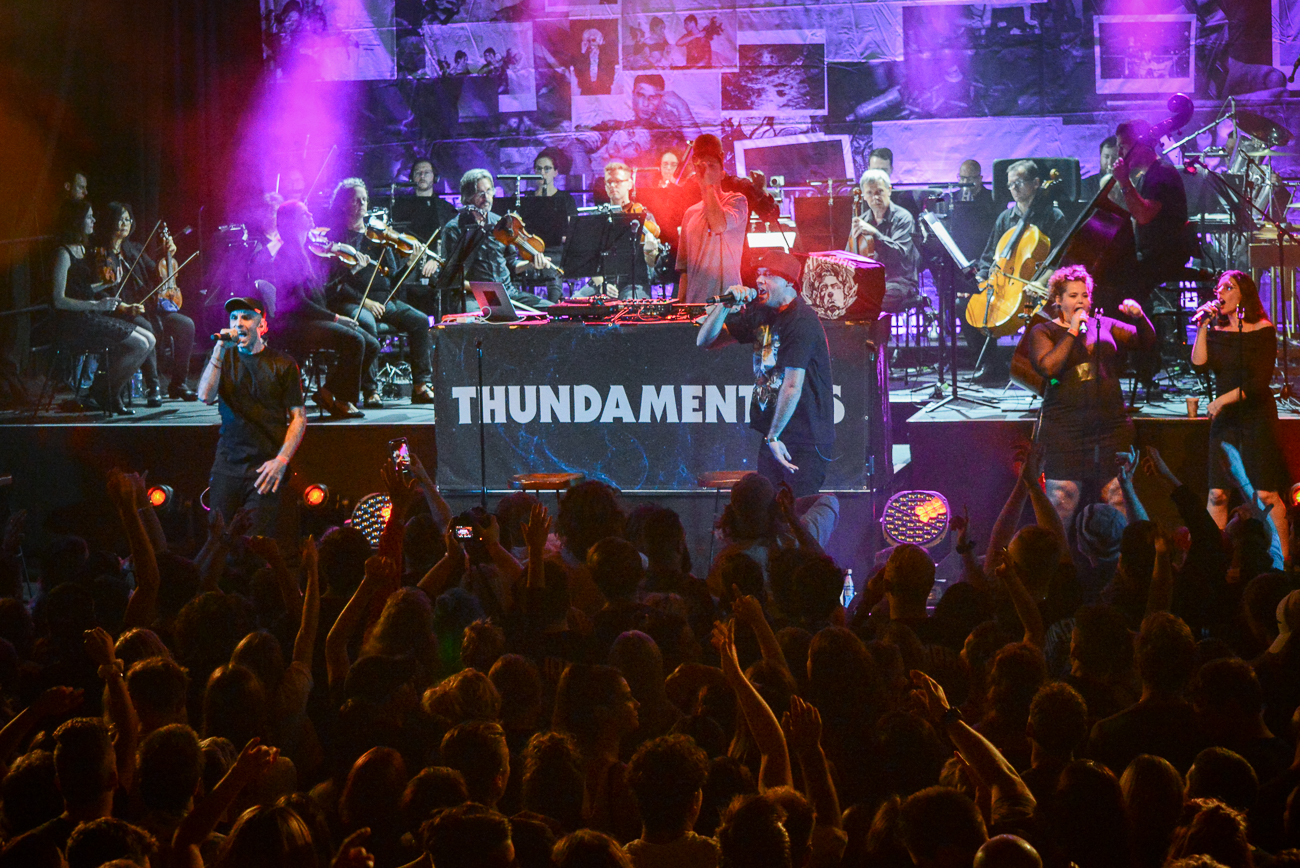 If you’re aching for a live music hit, Thundamentals have you covered, with the Aussie hip hop favourites announcing a new video series ahead of their live album this June.

The weekly series, dubbed Iso Tapes, will feature never-before-seen footage from the group’s I Love Songs: A Night At The Symphony concert with the Queensland Symphony Orchestra and one-off acoustic show at Sydney’s Factory Theatre, both of which took place last year.

Over the next few weeks, a new song and video will drop via Thundamentals’ YouTube and streaming platforms every Wednesday night at 7pm, with Something I Said featuring QSO dropping last night.

New live versions of Eyes On Me, True Love and Brother will debut in the coming weeks, before Iso Tapes Vol. 1 is released on June 10.