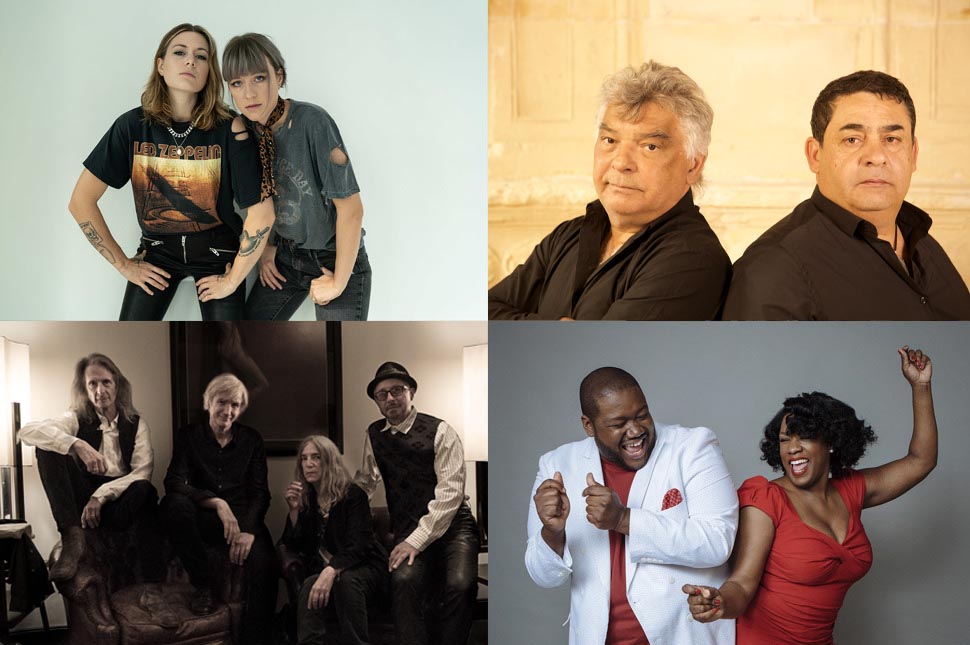 Early 2021 is starting to look mighty fine, with Bluesfest today announcing a slew of rescheduled tours for the likes of Patti Smith & Her Band, George Benson, The Gipsy Kings and more.

The beloved Byron Bay festival was cancelled back in March due to the COVID pandemic and along with it a stack of exciting sideshows around the country were postponed.

After confirming the festival will return in 2021, the Bluesfest team have now announced that 14 tours have been rescheduled.

“As restrictions begin to lift and people dream of days when we can dance again, Bluesfest Touring is thrilled to announce that (at least) fourteen of its cancelled 2020 artists will be returning in 2021,” a statement reads.

“The team has been hard at work along with artist’s management to ensure there will be a future for international touring in Australia in 2021, and with the space of a good ten to twelve months we can be confident – we will dance again!”

Alongside the below tours, it's expected that new dates will be announced for Allen Stone and Eagles Of Death Metal soon.

The rescheduled tour dates follow on from festival director Peter Noble OAM being named in the 2019 Power 50 as one of the most influential people in the Australian music industry.

For more details on any of the below dates, head over to theGuide.