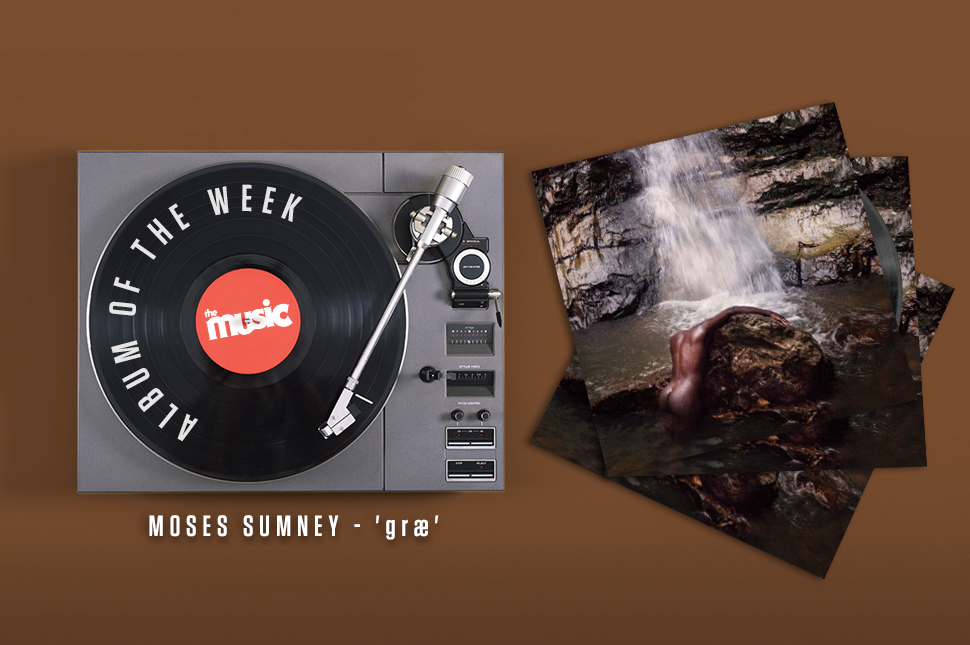 US singer-songwriter Moses Sumney had a big task in one-upping debut LP Aromanticism, but it has been accomplished (and then some) with follow-up album græ.

Released in two parts (the first back in February and the second today), græ sees Sumney embrace what people loved about Aromanticism while also exploring exciting new territory.

“[Græ] is an epic two-part voyage through the grey that exists between the absolutes of black and white. Moving beyond non-binary, Sumney seemingly gets kaleidoscopic as he embraces a kind of pluralism to record a collection of songs that fits this conceptual framework. Yet remaining true to his heart, these songs move restlessly in idiosyncratic and enigmatic tangents.

“Where Part 1 more broadly deals in manifesto, Part 2 - with songs like Bystanders and Bless Me - loses itself and revels in wild ecstatic emotion. Græ is an ambitious album that offers immersive listening as it confronts with its complexity and demands that you pay it close attention.”

Stream græ in full below!