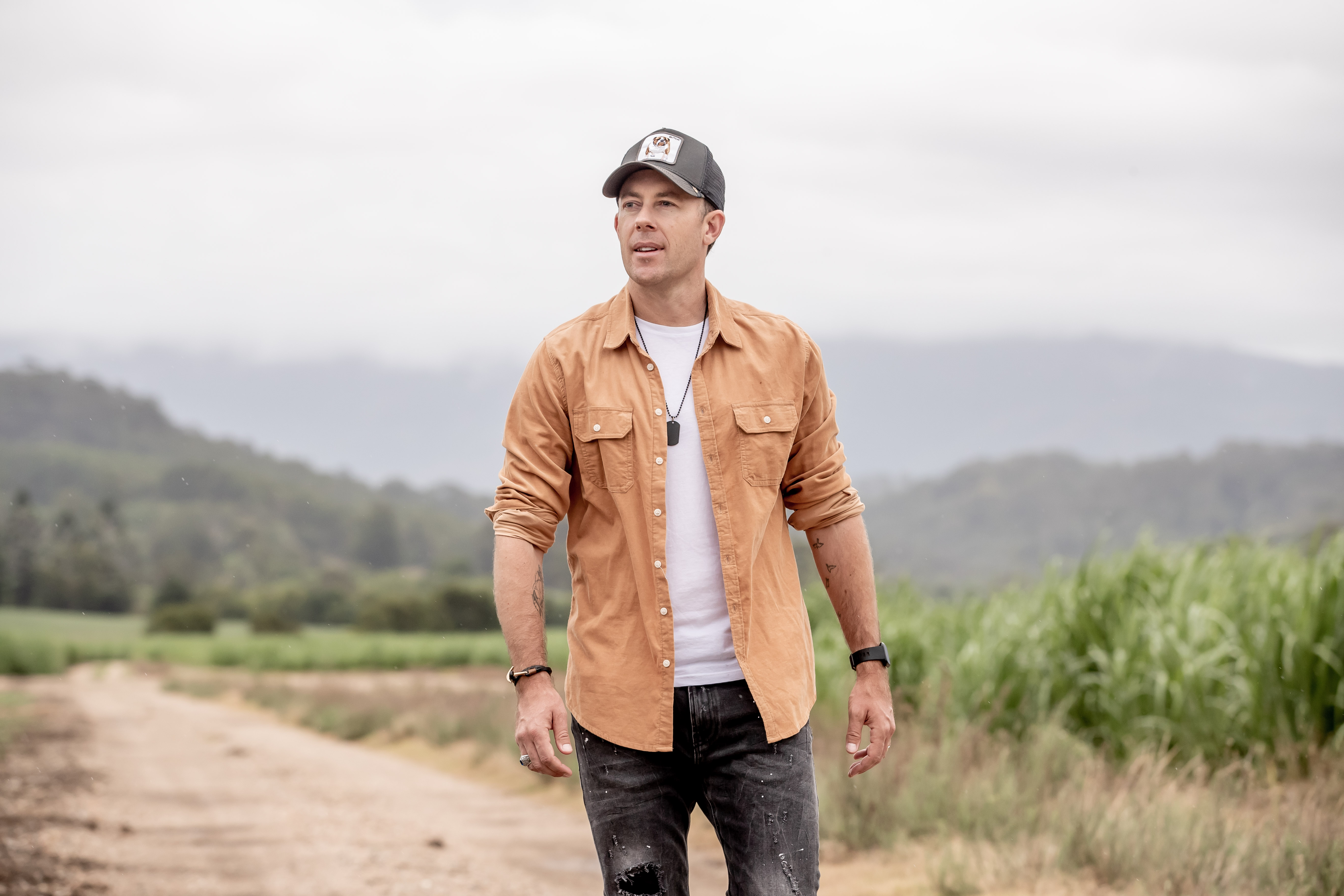 "In a world where we're constantly being judged on our appearance and an expectation that you have to look a certain way, A Little More is a shout out to everyone out there that thinks that's a load of BS! When we sat down and wrote this song, we wanted it to come from the perspective of a couple in love where one is expressing to the other that they actually love all the things they may not like about themselves the most!"

"One of my faves on the album. This was one of the last tracks I recorded and I co-wrote this song with Nashville country duo Brown & Gray who have proved to be absolute guns when it comes to writing these up-tempo country/pop crossover tracks. We're Good Together gets you in right from the very start of the track and paints a picture of a couple in a bar and that initial connection, so much so that every guy in the bar wishes they were you. It's a really hooky song that I can't wait to add to our live set!"

No Other You (feat. Missy Lancaster)

“I was in LA earlier in the year doing some writing with Hayley Warner and I remember us breaking for lunch and she played me this song in the car that was co-written with the boys from Aussie country duo Seaforth... and I INSTANTLY fell in love with it. It was also the perfect choice to get Missy Lancaster on the track to feature on vocals too. I've been a big fan of hers for a long time now and it was the perfect fit!”

"Funnily enough... a song that very nearly didn't happen. I was locked in to do a co-write in Nashville last year with Brown & Gray. Our schedules nearly didn't match up on the day and we were so close to having to cancel. Thank God that didn't happen or this song may have never been created! Sparks Fly tells a story that most of us can relate to. A guy finds himself too shy to ask a girl to dance, looks are exchanged, drinks flow and inevitably sparks fly...I was in Nashville on a whirlwind writing trip in 2019 and found myself inspired by the energy of folks at the many watering-holes across the city. I don’t know if it was the music, the people or the whisky…but the result is a song which was one of my favourites to write on that trip."

"This is another track I co-wrote with my good friend Hayley Warner who is now permanently based in LA writing for just about everyone in the business. This is probably the most personal track on the album which touches on my relationship with my wife Michelle. It helped writing this one with Hayley being such good friends with Michelle too and understanding the connection we have. Fine Wine is all about how a relationship gets better with age... like a fine wine. It touches on things like looking forward to growing old together, the relationship getting better with age.... and how no other relationship has ever compared to what we have."

"This one's a little dark horse on the album and actually came about off the back of an experience my co-writer Mark Duckworth had at CMC Rocks last year. CMC Rocks copped a shit load of rain in 2019 and Mark was on his way home after the festival stuck in road works and just fixated on one of the poor road workers stuck out in the elements and wondered what his own personal back story might be. So, the song is written from the perspective of a guy slogging his guts out trying to create a better life for his partner, they don't have much but what they do have is an incredible bond. To him, it doesn't matter where they are or their circumstances as long as he can put his head on the pillow at night and hear her breath. It's all he needs. I just LOVE the lyrics in this song and the story behind it, the song was produced by the amazing Matt Fell."

"This is the track that gave us the title of the album Town of A Million Dreams, which is one of the lyrics in the song and just felt like the perfect fit to tie in the 10 tracks. Bright Lights is all about life on the road chasing a dream. A lot of this touches on Nashville and that often being seen as a town of a million dreams with so many artists, producers and musicians trying to make it. The song is also about being away from home, missing those that you love but assuring your partner that no matter what, there's no place like home. Really BIG chorus in this track and another one we can't wait to add into the live set!"

"This one gets you in from that very first opening guitar lick thanks to the musical genius of Michael Paynter from Msquared who is just a freak of a musician. Myself and the band are starting to become known as a great live act, which we really pride ourselves on so Heartbreaker is going to be another ripper to add into the set and shows another side musically on the record too. It's a song all about a guy that actually knows he's going to get his heartbroken but doesn't care as he's in hook, line & sinker. The girl in question comes across as this 'squeaky clean' preachers daughter when in fact she has everyone fooled and is quite the opposite, she's a heartbreaker but that's exactly what he wants."

"Plenty of hooks in this track, another one produced by Msquared and co-written with Michael Paynter and Michael DeLorenzis. The Lucky Ones is a song all about how a couple feels in relation to how fortunate they were to actually meet in the first place, with the billions of people on earth and the chances involved in actually meeting the perfect partner. It's pretty special when you do."

"We've actually started sneaking this little gem into our live setlist already over the last few months and it's already a bit of a crowd favourite. I just love writing anything with Mark Duckworth, he's just brilliant at storytelling, and City Girls seemed like the perfect track to finish the album. It's an amazing story about a couple who live way out in the sticks, are desperately in love with one another and on the weekend the guy likes to bring his girl into the 'big smoke' and show her a good time. 'We're gonna show all them city girls, how it looks when the hills roll down' - I just love that lyric, and lines like 'Your summer dress, hides your wild tattoos/Cause that's just for you and me when we're in the mood.' We always seem to get a great reaction to this track live, so many country music fans can relate."